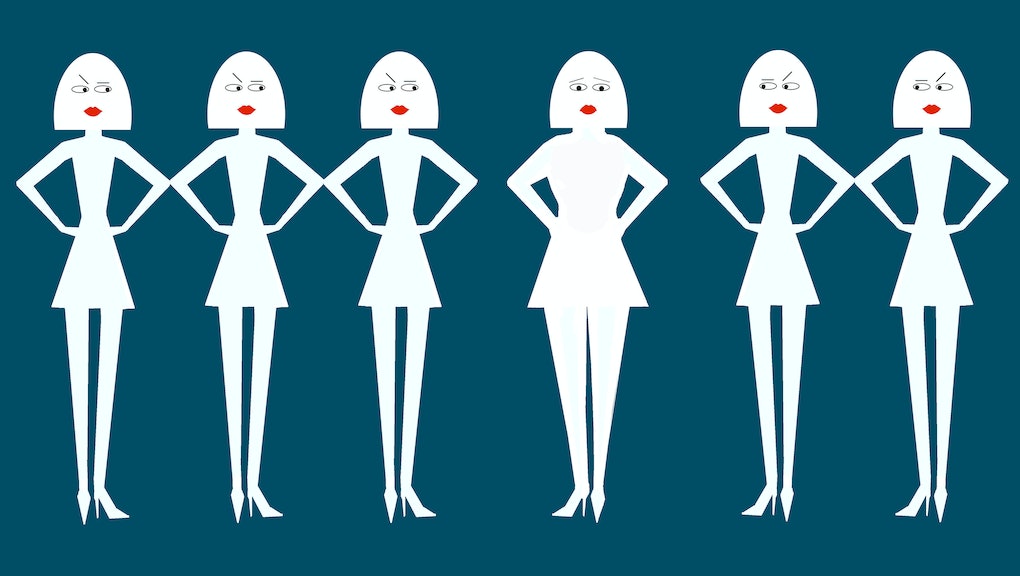 Negative comments about Lady Gaga's stomach, a joke about fat people being lazy, a movie showing a fat character who isn't smart — fat shaming is all around us.

One-off comments could add up to big health consequences, according to a new study published in the journal Obesity. Researchers found that overweight women who internalized negative messages about their body size had a higher risk for heart disease and diabetes compared to women who felt more positively about their body size.

Researchers surveyed a group of 159 obese adults, asking them whether they agreed with positive and negative statements about their bodies. Known as the Weight Bias Internalization scale, this method is a widely used way of determining self-directed weight stigma. The survey included statements like “Because of my weight, I don't understand how anyone attractive would want to date me," and “I hate myself for being overweight.”

Next, researchers analyzed how these scores compared to participants' blood pressure, fasting glucose, cholesterol level and other health markers to assess their risk of developing metabolic syndrome.

Researchers deduced that people who scored high on the WBI scale were three times more likely to be at risk for metabolic syndrome (heart disease) and six times a risk for having high triglycerides (associated with high cholesterol) compared to participants who scored low on the WBI scale.

"Weight bias is pervasive form of prejudice in our society," Rebecca Pearl, assistant professor of psychology at the University of Pennsylvania and a lead author of the study, said in an email. "We are constantly exposed to messages of blame and shame regarding weight. As a psychologist, I have seen how these messages can become internalized by patients who are struggling with weight management."

Another study, also published in Obesity, revealed that college-age women who experienced weight bias had higher levels of cortisol than women who did not perceive weight bias, Mic previously reported. The body secretes the hormone cortisol when stressed, and an imbalance of this hormone can lead to overeating or binge eating.

Pearl and her colleagues continue to research who is "most vulnerable to internalizing weight bias" and what types of interventions could help decrease weight bias internalization, she noted.

Based on evidence from a previous study about weight bias internalization in kids, experts suggested parents refrain from making comments on children's weight, the New York Times reported.

While there's no online website or resource for people to try out the WBI scale used in the study, Pearl said people interested in what implicit biases they hold against overweight people can take the weight version of the Implicit Association Test.