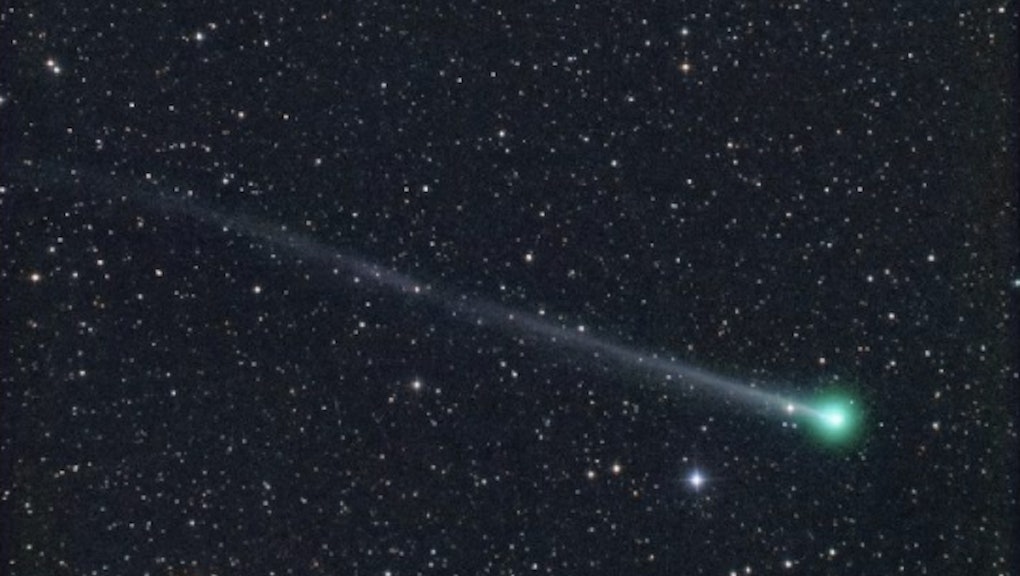 Early birds enjoy certain perks: They catch the worms, and they sometimes get to see special green comets.

A bright green Comet 45P/Honda-Mrkos-Pajdušáková will come close enough to Earth for owners of binoculars or small telescopes to see, according to Seeker. Those wanting to catch a glimpse of the comet will have to get up before dawn between the coming Thursday and Sunday.

The comet will reach maximum brightness on Saturday, when it'll be located a mere 7.4 million miles from Earth. Interested parties should keep their eyes fixed on the constellation Hercules and be on the alert for what looks — at least in pictures — somewhat like the beam of a green laser pointer.

According to Spaceweather.com, the comet draws its special hue from its "icy nucleus," which "spew[s] brightening jets of gas into the comet's green atmosphere" when warmed by the sun.

If you miss it this time around, don't worry — it'll be close to Earth again in April 2022. But really, given the current news cycle, who knows where we'll be by then.