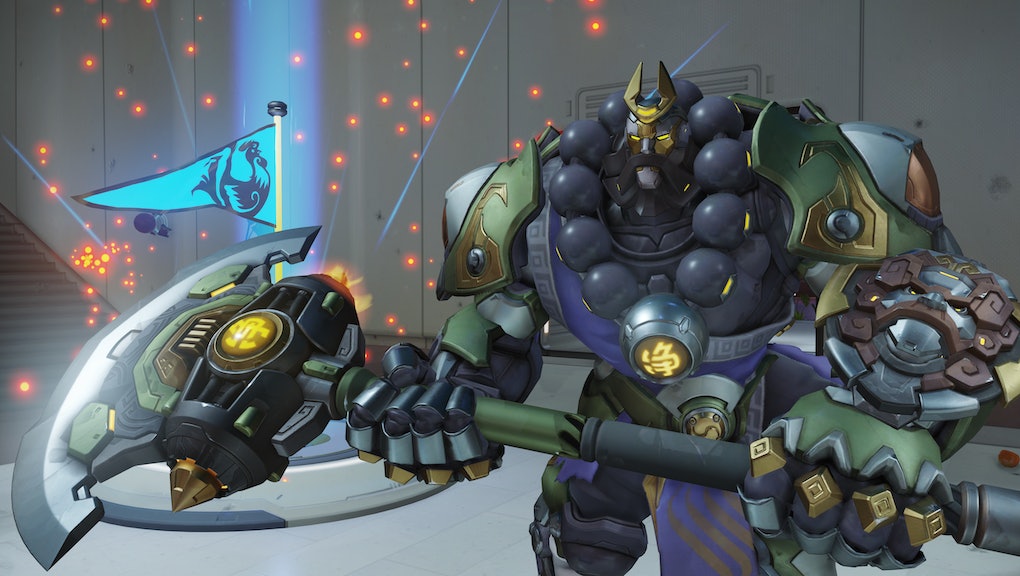 Tuesday afternoon, the Overwatch public test realm — PTR, for short — opened up for PC players to test out a pretty big new update. Included in the patch is a big buff for Bastion, a brand-new Capture the Flag mode and a whole bunch of other balance tweaks.

Here are the full details.

These are the five big takeaways from the new PTR patch, with the relevant notes embedded below from Blizzard's site.

1. New Capture the Flag mode added to the Arcade

According to Blizzard, the seasonal Capture the Rooster mode has been the most popular seasonal event thus far, such that it's motivated the team to add Capture the Flag as a regular staple of the Arcade.

Variations of all 12 control point maps — so, all the maps for Nepal, Lijiang Tower, Ilios and Oasis — will be used for Capture the Flag.

"If, for example, you want to increase Pharah's missile speed or remove the cooldown from McCree's Combat Roll, the power is yours," Blizzard's site says.

This new server browser will also allow you to modify a custom game's accessibility. For example, you can allow anyone to search for and join your game, or set it to "invite only" if you want a private match with your buds.

Blizzard emphasizes that this new feature is still being tweaked and tested.

The new PTR patch also introduces the buff for Bastion which was teased recently on Blizzard's forums. Here's the full description of his changes:

4. Slight buffs for Mercy and D.Va, as well as a number of new targeting options for Zarya, Zenyatta, Ana, Sombra and Widowmaker

5. A new modification to the last point of Eichenwalde will help the offensive team

6. Lots of bug fixes, but not for that controversial Year of the Rooster Mei Skin (yet)