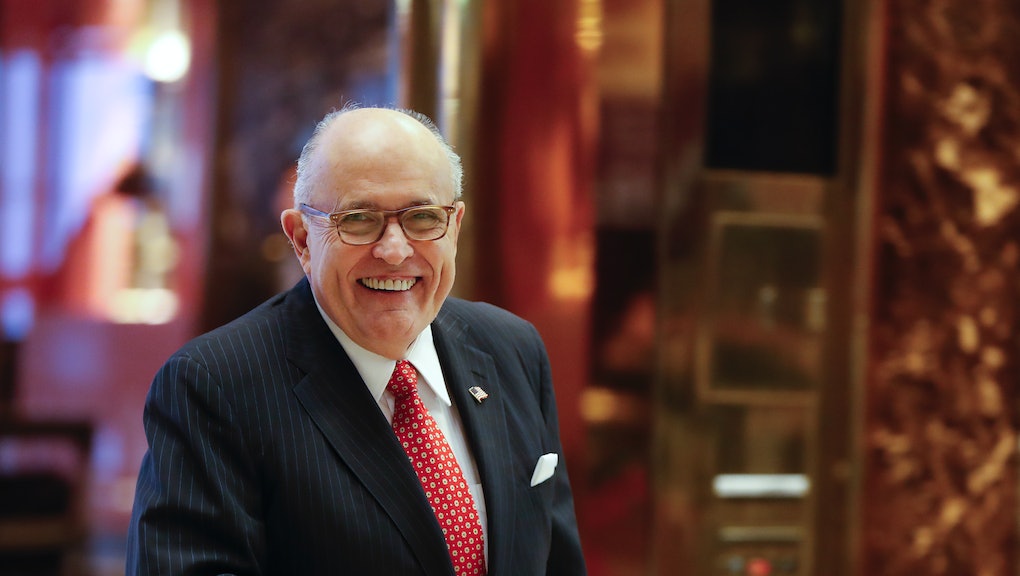 During a 9th Circuit Court hearing on the executive order Tuesday evening, lawyers for the states of Washington and Minnesota as well as justices on the court pressured Trump's DOJ on whether Trump and Giuliani's use of the term ban, among similar comments from other administration officials, revealed an intent to discriminate against Muslims trying to enter the country.

One justice on the court, George W. Bush appointee Richard R. Clifton, seemed initially skeptical of the claim that the order discriminated against all Muslims. Noah G. Purcell, the Washington state attorney, shot back "We do not need to prove" that the order "harms every Muslim," just that the order was intended as a form of religious discrimination.

In general the justices seemed skeptical of the administration's defense of the ban, the New York Times reported, though the appeals hearing was only over whether to lift a stay on the order imposed by another court. A ruling was not handed down and is expected this week.