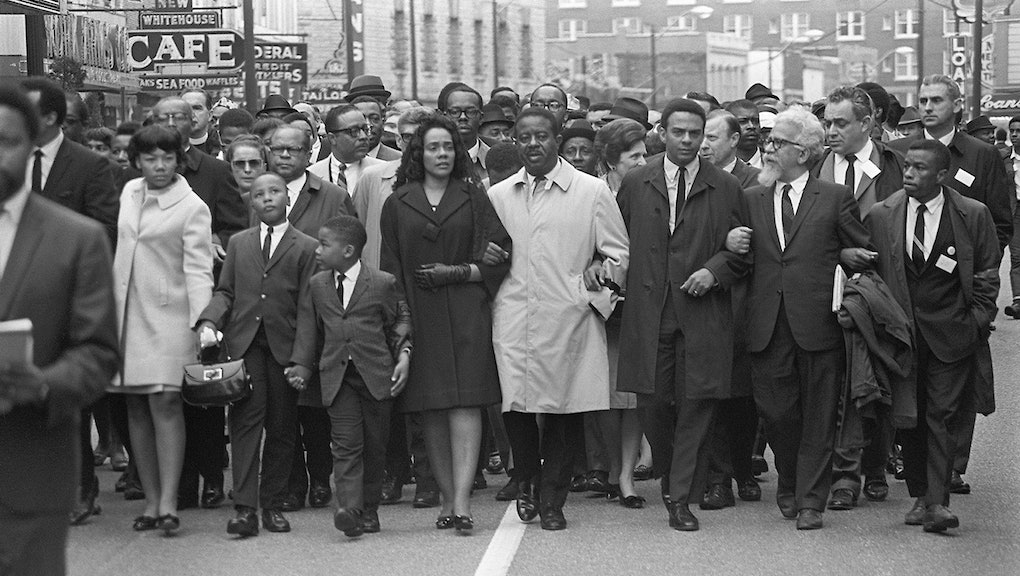 Warren introduced the letter at the conclusion of a speech opposing the confirmation of Alabama Senator Jeff Sessions to the position of attorney general of the United States.

King, a renowned activist and icon in her own right, wrote the letter in 1986 to oppose the appointment of then-state Attorney Jeff Sessions to a federal judgeship. It was first uncovered by BuzzFeed and the Washington Post.

Here is the text of the original letter:

I write to express my sincere opposition to the confirmation of Jefferson B. Sessions as a federal district court judge for the Southern District of Alabama. My professional and personal roots in Alabama are deep and lasting. Anyone who has used the power of his office as United States Attorney to intimidate and chill the free exercise of the ballot by citizens should not be elevated to our courts.

Mr. Sessions has used the awesome powers of his office in a shabby attempt to intimidate and frighten elderly black voters. For this reprehensible conduct, he should not be rewarded with a federal judgeship.

I regret that a long-standing commitment prevents me from appearing in person to testify against this nominee. However, I have attached a copy of my statement opposing Mr. Sessions' confirmation and I request that my statement as well as this letter be made a part of the hearing record.

I do sincerely urge you to oppose the confirmation of Mr. Sessions.