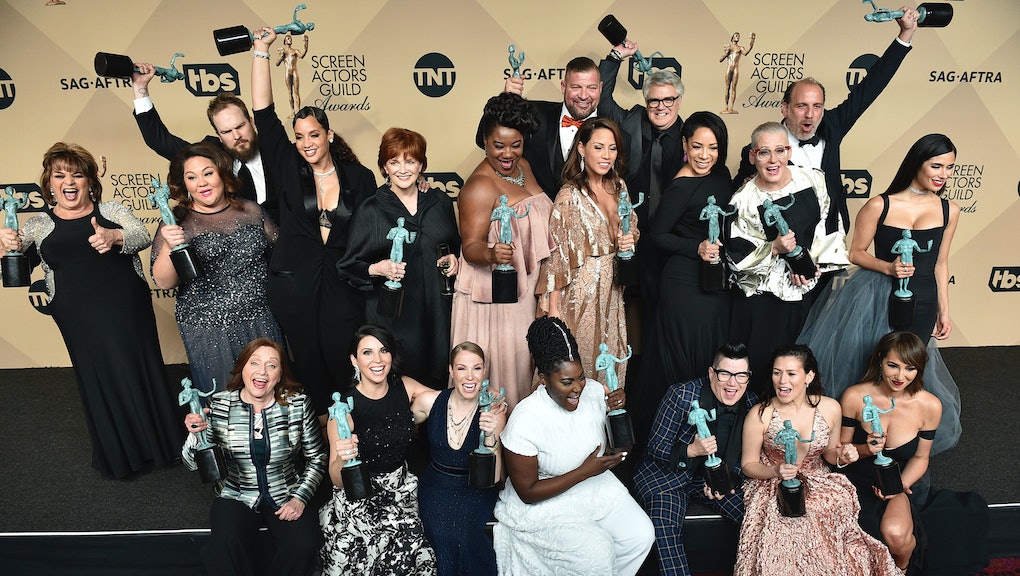 Orange Is the New Black's new season will hit Netflix June 9, the streaming service announced Wednesday. Netflix made the announcement at a presentation to press in New York City.

Now in its fifth season, Orange Is the New Black remains one of the streaming service's most acclaimed programs. The large cast just won the Screen Actors Guild's best comedy ensemble prize for the third year in a row, while the show received great acclaim for how it handled a major character's death.

When fans of the show last saw the women of Litchfield Penitentiary, they were grappling with the consequences of a Black Lives Matter-influenced storyline that saw the death of one inmate, Poussey (Samira Wiley). Her death at the hands of a prison guard surprised Wiley, but as she told Mic at the time, she wanted to redirect anger about the character's passing into anger about what's happening in reality.

"It was something that we definitely did to echo things that have happened in the past with Eric Garner, Michael Brown ... Alton Sterling," she said. "People are really upset about Poussey. But I want people to be really upset about what's happening in the real world."

Wiley has moved on to another streaming service's prestige series; she will appear in the first season of Hulu's The Handmaid's Tale this spring. Orange Is the New Black, on the other hand, will return in the summer.