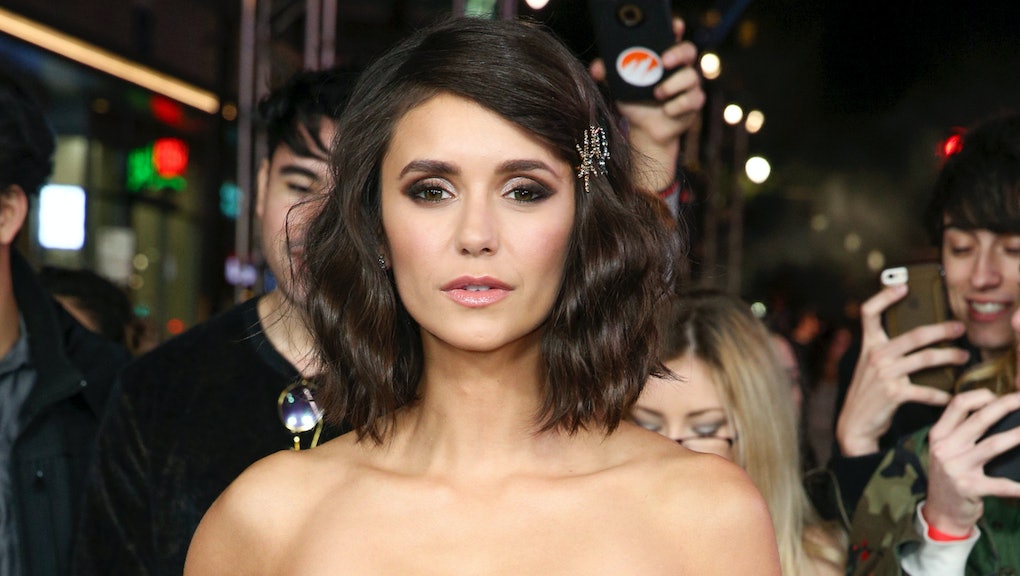 For years, rumors have circulated that Nikki Reed and Nina Dobrev were in a feud over Ian Somerhalder. Dobrev and Somerhalder used to date, but after their breakup, when Somerhalder married Reed in 2015, the internet decided the pit all three against one another.

While all three posted a group image, it was Reed who added a lengthy caption to the picture that took aim at gossip websites and tabloids for starting all the rumors. Reed wrote the following:

"For the last few years we thought addressing any baseless rumors with silence was the best way. ... I now see that silence was taken as an opportunity to fill in the blanks with even more falsities and juicer stories, and we, yes WE, believe we have a moral responsibility to young girls to end that narrative, because at the end of all of this, those young girls are the ones who lose."

Reed continued the inspiring message by suggesting it's time to finally put an end to those fake stories of "on-set jealousy, betrayal, made-up friendships lost and women hating women."

The Twilight actress ended her post by asking for gossip sites to change the narrative of pitting women against each other. "When we write these headlines, we teach hate. I've seen it firsthand. Let's shift what we put into the universe starting now, and hopefully we will start to see a shift in the way we treat each other and view ourselves," she concluded her post.

Somerhalder echoed his wife's statement by sharing the same photo and writing, in part, "Let's stop spreading hate everyone, there's already too much of that right now in our world. Join in on the love. Only love here — always has been always will be."