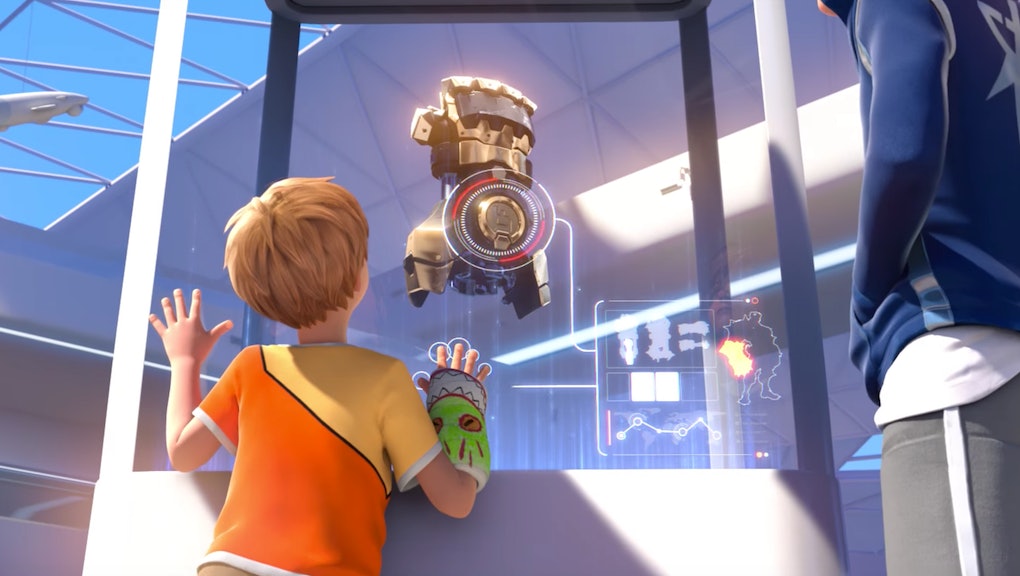 Patch 1.8 hit the Overwatch public test realm Tuesday afternoon, ushering in a number of long-awaited new features, like a server browser and buffs for the defense hero Bastion. However, according to Reddit user Venxa, there are some hints that a reveal of the rumored new character Doomfist — you know, the one everybody wants Terry Crews to voice — might be on the way in the near future.

Now, before we dive in, keep in mind this is all based on a Reddit post, so don't consider this the gospel truth just yet. That being said, Reddit leaks have turned out to be true on numerous occasions in the past — especially when it comes to Overwatch — so it's certainly possible this is the real deal. Okay, with that out of the way, let's dive into what Venxa said they found.

The payload on the Numbani map has a glass case, inside of which sits Doomfist's gauntlet. The offensive team's goal is to escort that gauntlet to the Numbani Heritage Museum for an upcoming Doomfist exhibit.

According to Venxa, there's a file hiding in PTR patch 1.8 with an alternate appearance for the payload in which the glass case has been shattered.

For reference, this is what the payload currently looks like in-game.

It's possible this alternate appearance for the payload will also be used in-game after Doomfist is revealed. A similar change occurred in the Watchpoint Gibraltar map to reflect what happened in Winston's "Recall" short.

And, we do know that some additional comics or animated shorts are on the way. In a post on the Overwatch forums, writer Michael Chu said new story content will "hopefully start to roll out in the very near future." So, it's possible this Doomfist reveal is what he was teasing.

Of course, this could all be nothing. Doomfist hasn't even been officially confirmed as an upcoming character. Blizzard could theoretically be testing a new model for the "delivered" state of the payload, much like how the payload explodes upon delivery on King's Row.

We'll just have to wait and see.