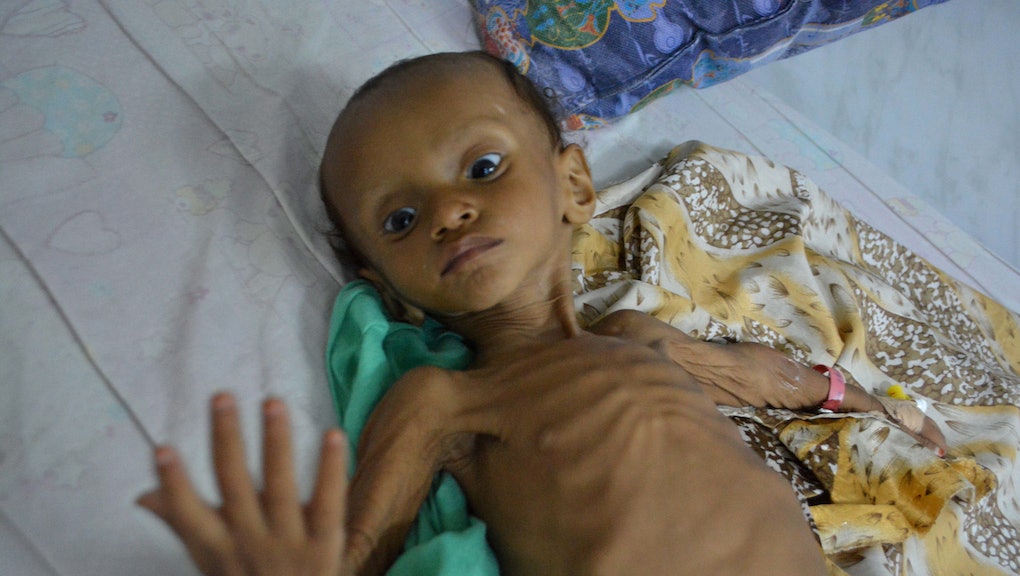 With Yemen on the verge of famine, United Nations asks for $2.1 billion

As Yemen teeters on the brink of famine, the United Nations made an appeal on Wednesday for $2.1 billion to help the nation provide assistance to an estimated 12 million in dire need of food and other life-saving care.

The country has been embroiled in a civil war since 2015, and the fighting has spiraled into a humanitarian crisis for the more than two-thirds of the population lacking access to basic aid and protection, the U.N. said.

"The situation in Yemen is catastrophic and rapidly deteriorating," Jamie McGoldrick, U.N. humanitarian coordinator in Yemen, said in the appeal document obtained by Reuters. "Nearly 3.3 million people — including 2.1 million children — are acutely malnourished."

The country's civil war, which is being waged between Iran-allied Houthi rebels and a Saudi Arabia-backed coalition of Sunni Arabs, has taken a heavy toll on Yemen, which was already one of the poorest countries in the Gulf region. In 2015, Yemen's per capita GDP was approximately $1,406; those of its neighbors, Saudi Arabia and Oman, were approximately $20,481 and $15,550, respectively.

"Ongoing airstrikes and fighting continue to inflict heavy casualties, damage public and private infrastructure, and impede delivery of humanitarian assistance," the appeal said, according to Reuters. "The Yemeni economy is being willfully destroyed."

"In Yemen, if bombs don't kill you, a slow and painful death by starvation is now an increasing threat," Jan Egeland, secretary-general of the Norwegian Refugee Council, said in a separate statement obtained by Reuters.

U.N. humanitarian chief Stephen O'Brien told the U.N. Security Council in January that a child under five dies every 10 minutes of preventable causes in Yemen, according to the BBC.

The BBC reported that food scarcity poses a threat to 14 million people in the country, including the estimated 2.2 million children who are acutely malnourished and the nearly 500,000 children with severe acute malnutrition.

In the same report, McGoldrick told the BBC that the humanitarian crisis in the country has gone underreported because civilians' struggles are less visible.

"The fact [that] you don't have Yemenis washing up on the shores of Greece and Italy means they are not in the same mix as Syrian refugees [in the eye of the public]," he said.