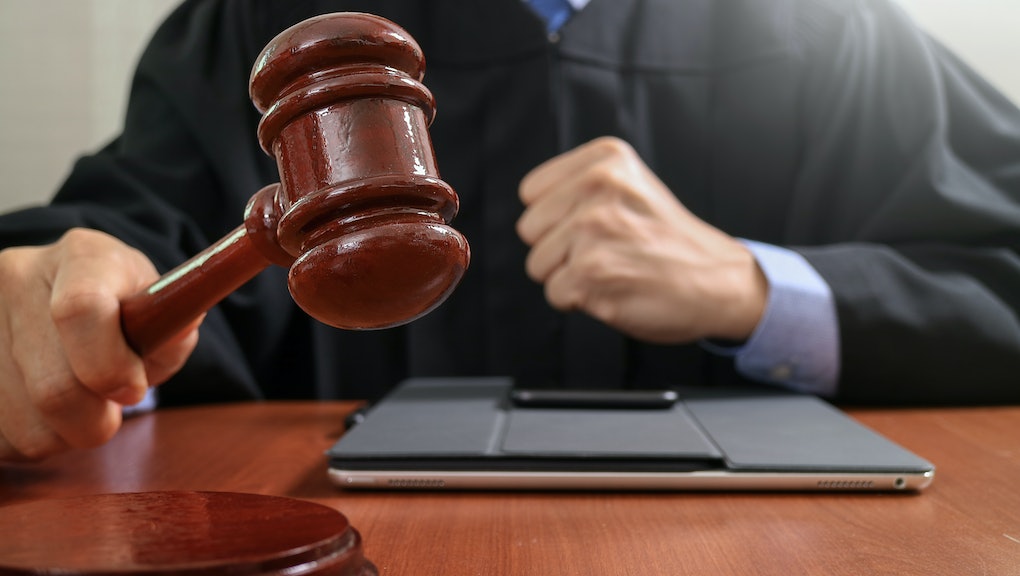 Remember that Idaho judge who, just days ago, sentenced a 20-year-old man convicted of statutory rape to celibacy until marriage in lieu of prison time? Well, it turns out that judge had a few more thoughts on the matter.

In the process of handing down his decision, Judge Randy J. Stoker betrayed a fundamental misunderstanding of what causes sexual assault; according to Stoker, rape is but a product of the internet age.

While sentencing 20-year-old Cody Herrera of Twin Falls, Idaho, for the 2015 rape of a 14-year-old girl, according to court transcripts obtained by the Guardian, Stoker said that he had "seen dozens, if not hundreds of sex cases" in his time as a judge. "The sexual proclivities" of kids these days, he mused, were just nothing like those he'd known as a teen. Stoker believes he has gotten to the root of the problem:

"I think it is a direct consequence of the social media system that we have in this country," Stoker continued. "I can't tell you how many times I have seen these cases, 'How did this happen?' 'Well, I met somebody on social media.'"

According to the Guardian, Stoker did end up qualifying his statement somewhat, clarifying that social media wasn't always the culprit in every sexual assault case. This is possibly because, at 66 years old, Stoker is more than twice as old as the internet, old enough to remember a time when people met strangers without its help — and rape still existed.

"If I had my way, I would eliminate the internet, and we'd all have better lives," Stoker reportedly said. "But I can't do that either. It also says something about, I guess, the level of morality in this country. I can't change morality. People are going to do what they're going to do."

The voracity of Herrera's sexual appetite surprised Stoker, according to the Guardian. The judge emphasized that the 20-year-old had 34 partners while he was a teen, and seemed to suggest that his targeting of the 14-year-old girl was in keeping with his by-any-means-necessary approach to intercourse.

"My view of life is that what you do in the past is a good indication of what you're going to do in the future," Stoker added. The Guardian did not elaborate on the mental gymnastics Stoker must have executed to reconcile this prediction of future rape with his decision to hand Herrera a marriage sentence. Still, this is not the first time the judge has dealt a controversial sentence to a sex offender.

In October 2015, 19-year-old John Howard, a football player, raped his mentally disabled teammate with a coat hanger while hurling racial slurs at him. Stoker gave Howard not a prison term, but probation, prompting the circulation of a Change.org petition calling for his removal and an outpouring of criticism that has not abated.