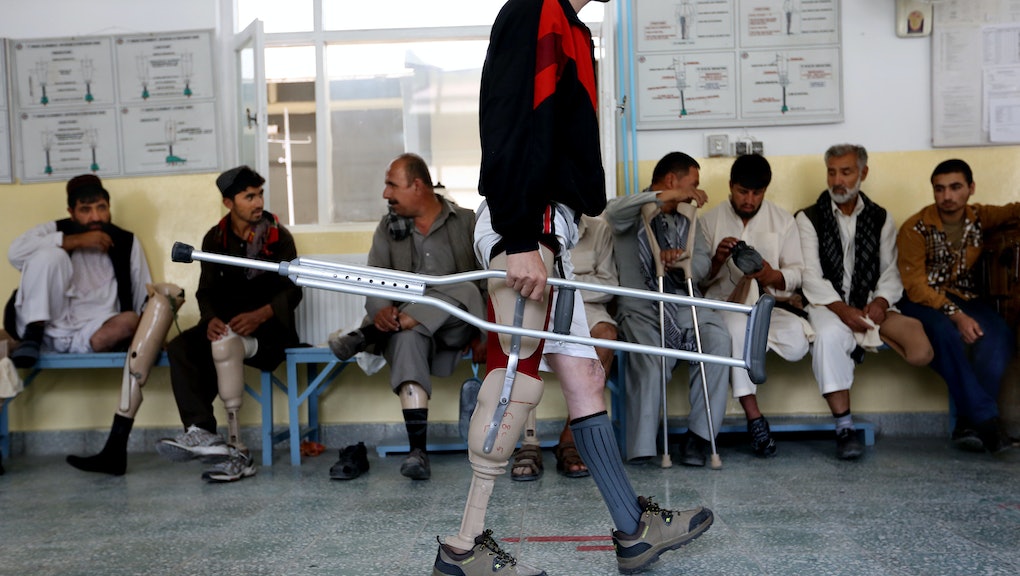 Six workers with the International Committee of the Red Cross were killed and two others were reported missing Wednesday after an attack in northern Afghanistan. Officials said the attack was carried out by local affiliates of the Islamic State group.

Monica Zanarelli, the head of the ICRC delegation in Afghanistan, called the attack a "despicable act" in an interview with the New York Times.

"Nothing can justify the murder of our colleagues and dear friends," she said. "At this point, it's premature for us to determine the impact of this appalling incident on our operations in Afghanistan."

The Red Cross employees had been riding in a convoy that was attempting to deliver supplies to areas hit by avalanches when they were attacked.

Lotfullah Azizi, the governor of the Jowzjan province, where the killings took place, said to Reuters that it's an area where ISIS militants are "very active."

Jawzjan police chief Rahmatullah Turkistani said the workers' bodies had been brought to the provincial capital and a search operation launched to find the two missing ICRC employees, according to Reuters.

While officials were unsure about why the Red Cross convoy had been targeted, aid workers have been subjected to increased violence in the region in recent years.

According to Al Jazeera, a Spanish IRC worker was released in January after being taken captive for nearly a month in a similar attack by ISIS militants on an aid convoy.

"Despite it all, the ICRC has remained true to its commitment to the people of Afghanistan, as it has throughout the last 30 years of its continuous presence in the country," the organization said in a statement.