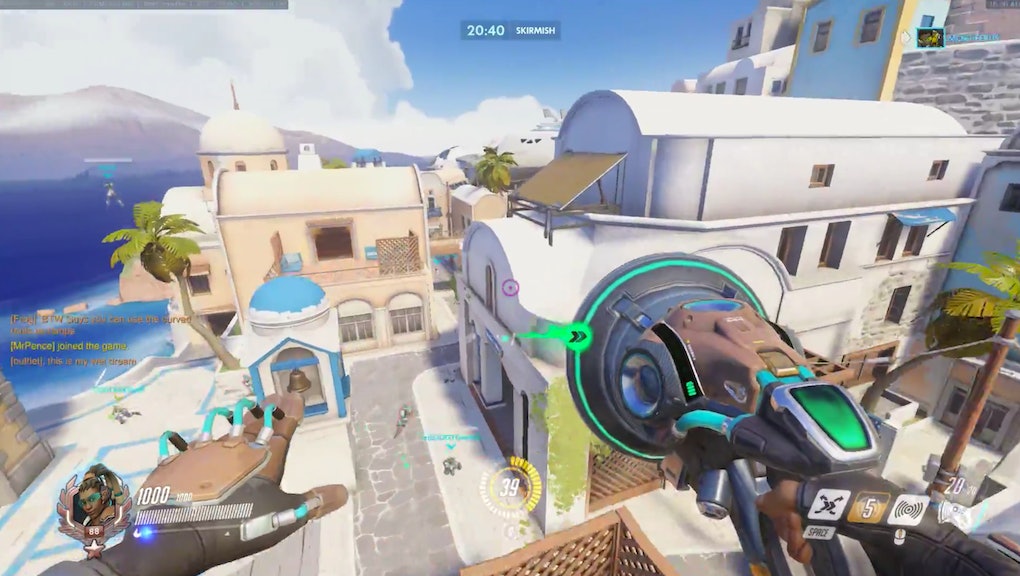 'Overwatch' Patch 1.8 PTR Update: Players use the new server mode to speed everything up

The newest patch to hit Overwatch's public test realm ushered in some long-awaited features, like buffs to Bastion, a new, permanent capture the flag mode — and most importantly, a better custom game tool.

As Overwatch director Jeff Kaplan explained in his latest developer update, players can use this new server browser tool in patch 1.8 to create games with incredibly specific rulesets, like a single Roadhog with 1,800 health versus six Tracers that have all their abilities disabled — except for Blink, which has no cooldown.

However, despite this robust toolset, a much simpler — albeit incredibly chaotic — trend has quickly emerged on the PTR: Boosting everyone to near-Sonic level movement speed. The result is equal parts hilarious and nauseating.

The best example of this is in a YouTube video uploaded by PurpleFlyinHippo, in which everyone's playing Lúcio, rocketing around Ilios at horrifying speeds.

In just a few short hours since the PTR has been live, there are already several of these types of clips popping up on the Overwatch subreddit.

For example, even the typically slow-moving characters, like Ana, can reach breakneck speeds in these custom games. In a GIF uploaded to Reddit by misspence, a Sombra gets the play of the game, but their movement speed is so fast that they have time to swap characters and get in a kill as Ana before the play of the game ends. The whole thing looks like it's playing in fast-forward, but no — that's just regular gameplay.

The best part, however, is seeing the other players on the kill cam leap around like crazed monkeys as if the ground itself is a giant trampoline.

It'll probably take awhile for the fandom's creativity with these custom game modes to fully flourish. Until then, we're happy to just keep watching these high-speed fever dreams — as long as there are some barf bags nearby.