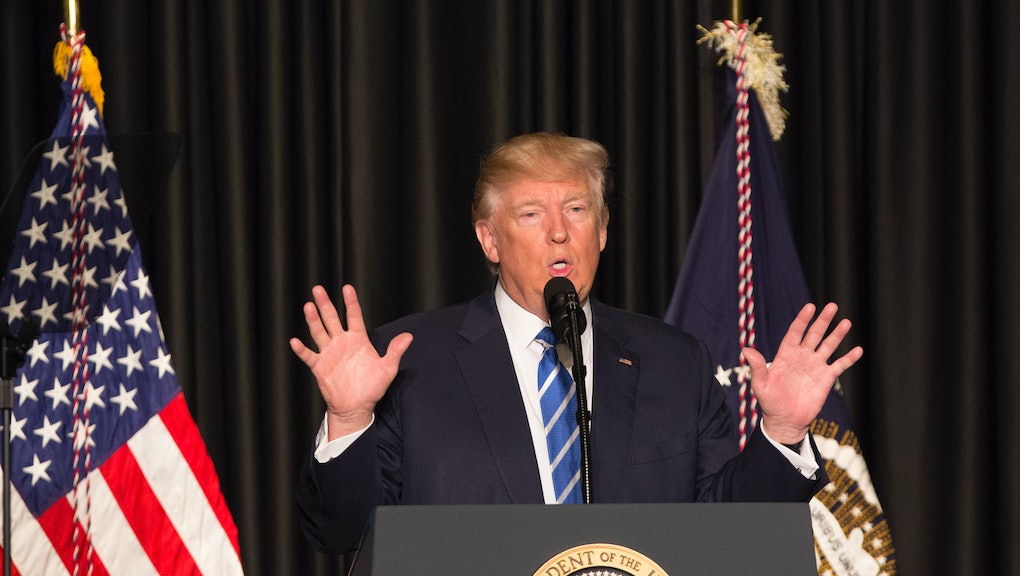 Seemingly oblivious to the double entendre, President Donald Trump tweeted early Wednesday afternoon that he and his administration are eagerly awaiting "what should be EASY D!"

Given the context — a looming court decision over whether to lift a stay on Trump's executive order banning all refugees and nationals from seven Muslim-majority nations for months — Trump probably meant to indicate it would be an "easy decision."

But that doesn't change that millions of people who read the tweet likely did a double take after initially reading it as Trump awaiting that "easy dick."