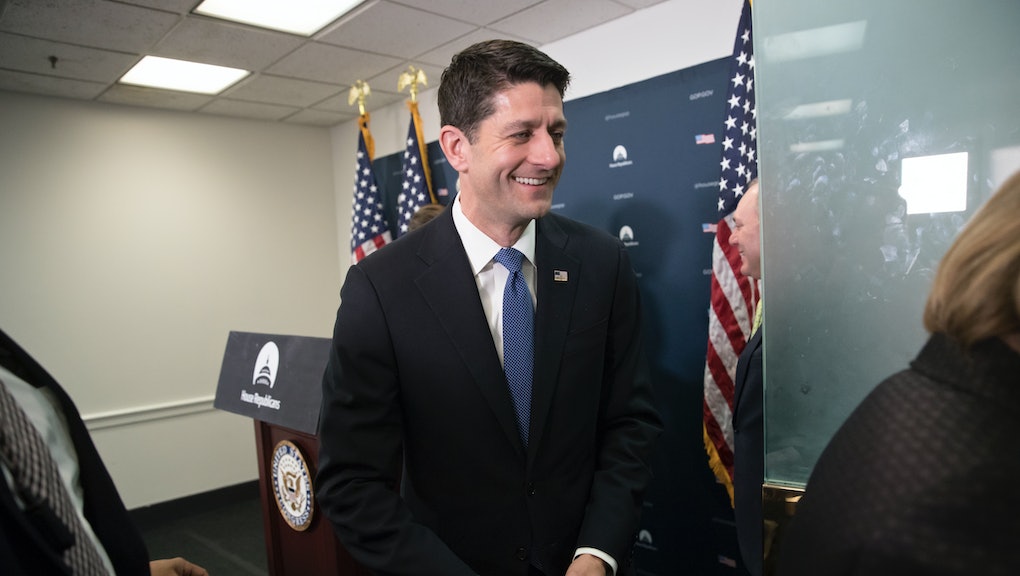 What are health savings accounts, or HSAs, and why do Republicans like them so much?

Lately, President Donald Trump and Republican lawmakers have been pushing hard for health savings accounts, or HSAs, as a replacement for the Affordable Care Act.

So what are they?

HSAs are accounts which allow you to put aside money to pay for future healthcare expenses. The money that goes into these accounts comes out of a paycheck pre-taxed and can be used toward specific procedures and tests. HSAs are typucally paired with insurance plans with low monthly premiums but high deductibles.

Those with HSAs are allowed to make certain contributions to their accounts for their planned medical services. According to NPR, individuals can put in a maximum amount of $3,400 and families a max of $6,750 (with unused money rolling over to the next year). The HSA is designed to help consumers understand the actual costs of healthcare by having them pay for their own procedures.

Why do Republicans support HSAs?

It's been no secret Republicans are not fans of the Affordable Care Act and have been seeking its repeal ever since Barack Obama signed it into law in 2010. And though the existence of a replacement plan remains a glaring question mark, prominent Republicans like Speaker Paul Ryan and Kentucky's Rand Paul have proposed their own ideas for how HSAs can be tweaked and used to replace the ACA.

Republicans in general tend to support HSAs because they put the burden of understanding and paying for the costs of medical procedures and doctors visits on the consumer. One can essentially put aside money tax-free in anticipation of the payments they will make on healthcare over the course of the year. This, according to HSA proponents, will cause people to use their healthcare more wisely and, eventually, slow the rising costs of the healthcare market.

Another attractive function of HSAs is these accounts allow consumers to protect their money from taxes, which is an advantage that largely affects the wealthy who often pay higher taxes. In fact, California Attorney General Xavier Becerra, once called HSAs "trickle-down healthcare."

Republicans pushing HSAs are even suggesting contribution limits should be increased, or in the case of Paul's ACA replacement plan, done away with all together. This would allow HSA holders to put as much untaxed money as they like into their accounts. And Trump? He wants to make sure HSAs are easier to pass onto one's dependents.

Are HSAs a good option?

HSAs can be a beneficial option for certain consumers, but those who are wealthy are more likely to benefit. Those without a substantial income are less likely to benefit from HSAs because they do not have the money to set aside for the account.

But don't consumers learn to bargain shop for their healthcare? A 2015 study says not really. A firm that made the switch to HSAs found their employees did not actually learn to shop around for their healthcare. Instead, they just went to the doctor less, even when they could have received preventive care at no cost.