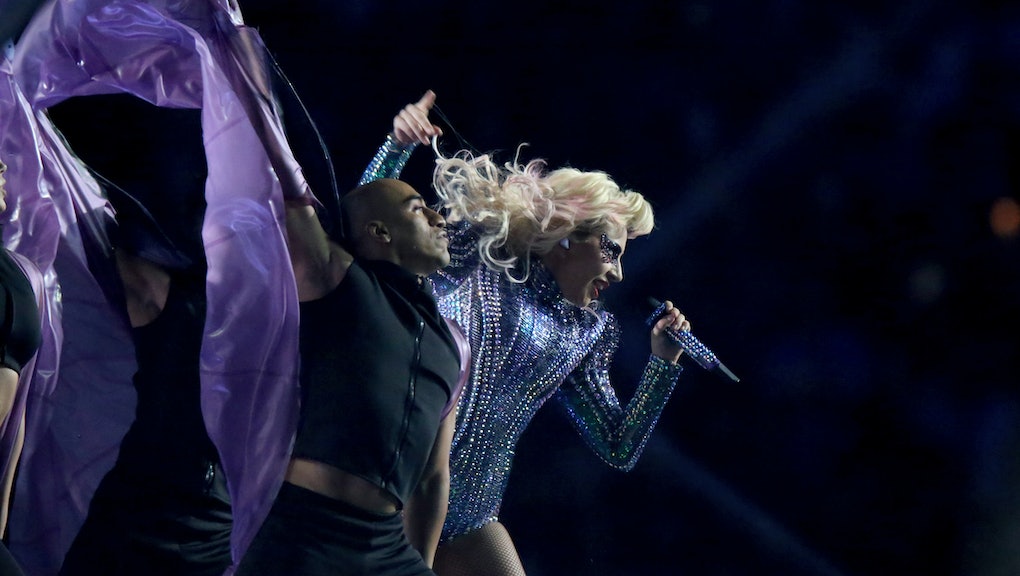 Lady Gaga released her music video for her third single "John Wayne" on Wednesday. The video, which is an Apple Music exclusive, is a continuation of her "Million Reasons" music video. "Million Reasons" ends with the 30-year-old singer in front of a white backdrop wearing a pink suit, along with her signature pink cowgirl hat, designed by Gladys Tamez. "John Wayne" kicks off with her wearing the same clothing, but the white backdrop is revealed to be in the middle of a backcountry road. That's where things get a little crazy.

Gaga ditches her pink suit for a denim dress and hitches a ride on the back of a horse with a cowboy. But she doesn't stay there long. Donning a tight leather bodysuit and black cowboy hat, Gaga chases down a group of weapon-wielding men while on a motorcycle. From there, the music video features her grinding and drinking in a car with a "wild man" before eventually hitting a dog and crashing the car into a tree. It's a psychedelic ride that's a lot edgier and less family-friendly compared to her Super Bowl halftime performance.

The video was directed by Jonas Åkerlund, who also directed Gaga's music videos for "Paparazzi" and "Telephone."

You can find the music video exclusively on Apple Music here.