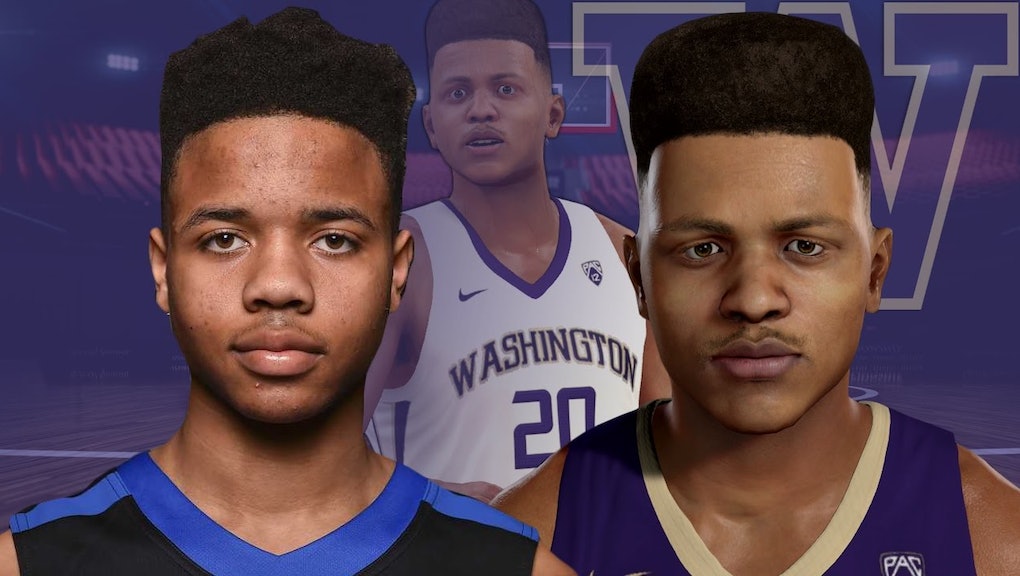 University of California, Los Angeles and Lonzo Ball dominated the Washington Huskies and Markelle Fultz 107-66 on Saturday. It was billed as a battle between the two players with the best chance to be selected No. 1 overall in the June NBA draft.

While Ball and the Bruins won, many draft prognosticators still have Fultz pegged as the top pick. NBA 2K17 fans should take notice. If you play MyGM or MyLEAGUE in the game, you may want to create your own draft class using real collegiate prospects. Those creation efforts have to start with Fultz.

How to make Markelle Fultz in NBA 2K17

Personally, I'd rate the player creation tool in NBA 2K17 a 7.5 out of 10, but there are some creators who have mastered the use of the feature.

If you follow the steps in the video, you should be able to create an accurate version of Fultz.

You'll likely have to pause the video a number of times to keep pace, but it shouldn't take you more than 10 minutes total to recreate Da InFaMous NY's work.