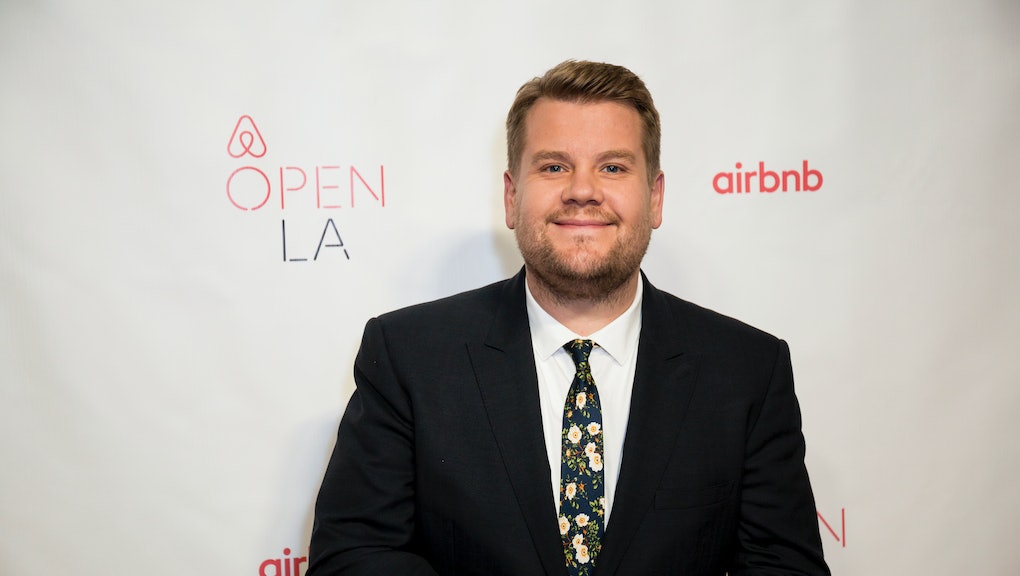 James Corden is set to host the 59th Annual Grammy Awards on Sunday, and with the list of performers growing longer and longer — and everyone from Adele to Chance the Rapper nominated — it is shaping up to be a promising night in music.

Corden, of course, has skyrocketed to mega-success over the past couple of years thanks to his viral-sensation Carpool Karaoke segment on The Late Late Show With James Corden. The late-night host has had everyone from Mariah Carey to Lady Gaga join him for a ride in his car.

If you've fallen in love with Corden like the rest of us, and would like to attend a taping of his late-night show, you can. Tickets are available several weeks in advance, and all you have to do is head to the show's website to request tickets.

Tickets are available for shows until the end of March. Some February tapings, like Feb. 16, are already sold out. Tapings of the show are in Los Angeles, and you can request up to four tickets per person.

You can catch James Corden as host of the Grammys Sunday at 8 p.m. Eastern on CBS.