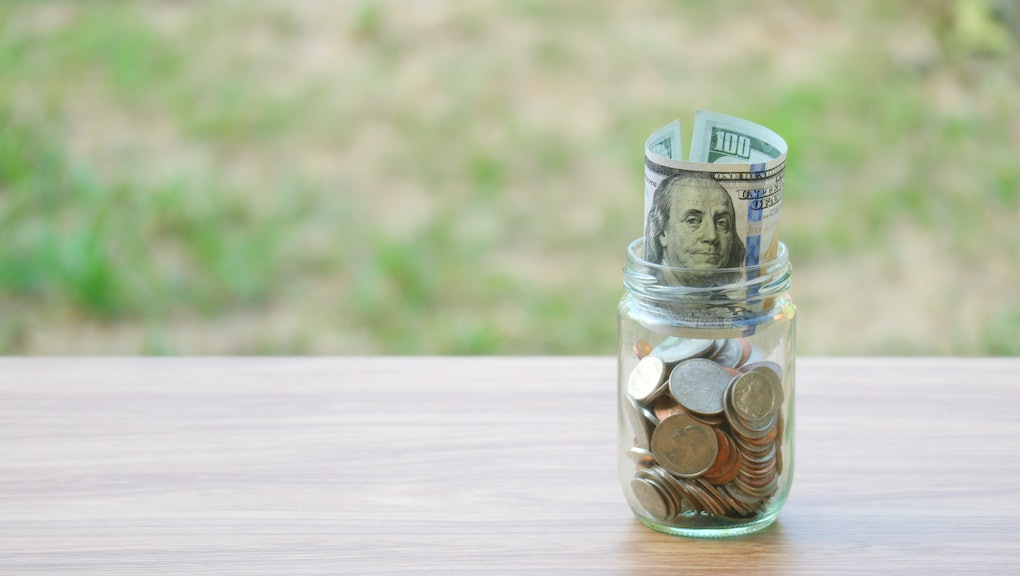 What is a MyRA? How to save for retirement even if you don't get an account through work

If your boss sets up your retirement account for you, you've got it pretty easy: You fill out few forms for H.R., check boxes, give your employer your banking info and boom — your nest egg will on its way in just a few short decades.

That ease makes a big difference: Workers in who are automatically enrolled in a retirement account are a whopping 13 times more likely to save.

The problem is, not everyone has a retirement account through their employer. Maybe you're an entrepreneur, or you work in the gig economy or maybe your employer just doesn't offer one.

That's why some states — like California — have taken steps to try and make it a little easier to put money away if you aren't getting hooked up at work. Passed in 2016, a California law would enroll nearly seven million low-income Americans in a state-run retirement plan.

But defenders of the plan argue that these are mostly lower-income retirement savers that industry wasn't really targeting anyway.

You might be wondering whether you can open a MyRA — or what other options you have if you don't have an employer offering a retirement account: Luckily, there are lots of ways you can save on your own.

And while you might need to save a little more than you would if you were getting an employer match, setting out on you own gives you a lot more options to find what's right for you.

Here are the five of some of the most common plans out there.

What is a MyRA?

A MyRA is a government sponsored account, not unlike the plan that California hopes to implement. The account is backed by the U.S. Treasury, and lets you set up recurring contributions at the amount that's comfortable for you.

But — like traditional IRAs — there is a limit to how much you can put into the account each year: $5,500 for individuals under the age of 50.

It's a fairly unsexy account, with all of it going into Treasury bonds, said Mandi Woodruff, executive editor of MagnifyMoney, meaning that your money won't earn as much as it would if you were investing some in stock.

But still Woodruff said, it can be a really important stepping stone.

"A MyRA is not an amazing return but it’s better than what you’re going to get from even the best saving account today," Woodruff said. "Once you’ve saved $15,000 in a MyRA they also kick you out. But that’s a huge amount of money for a lot of people."

MyRA was a major initiative of President Barack Obama's White House, which launched the program in 2014 through a presidential memo.

The idea was to create a retirement option that was easy for part-time workers and gig economy workers — who often go without benefits — to use.

What is an IRA?

Individual retirement accounts are the most common alternative to an employer-provided 401(k) plan.

The main thing to understand about the IRA is that there's a limit: If you're an individual making up to $118,000 a year, you can put in up to $5,500 a year. An IRA also gives you a degree of flexibility that a 401(k) does not — because you can change employers without missing a beat.

There's a tax perk: You don't pay taxes on the cash until you take it out.

Most online brokers have pretty simple IRAs, and there are many options that don't come with an account minimum through companies like TD Ameritrade or Fidelity.

"I hold a special place in my heart for Vanguard and Charles Schwab, because they have low-cost mutual funds and target date funds," Mandi Woodruff said, adding, "it’s like putting your retirement savings on autopilot."

Target date funds, Woodruff explained, are ideal for a person who's intimidated at the thought of picking investments: You just pick the year you plan to retire.

"They automatically invest you in more stocks as you're young, and over time as you age you become increasingly more conservative."

As you can see in the above tweet, these kinds of funds targeting young people are almost all stocks — not as much in bonds — because the younger you are, the more likely it is you can take on a little more risk.

What is a Roth IRA?

A Roth IRA is extremely similar to a traditional IRA: The main difference is in how the money is taxed. Unlike a traditional IRA, you pay taxes on the contributions before they go into the account — meaning you can make withdrawals tax free once you are old.

That makes it particularly advantageous for younger investors who might be making contributions for as many as thirty or forty years.

For that reason, some even recommend getting Roth IRAs for children, which  legal at any age, as long as the kid's made a little bit of income on their own — even babysitting money.

They might not thank you for cutting down on their shopping cash, but the early start makes a big difference: Even left alone, without added savings, a $1,000 contribution at age ten could be more than $11,000 after fifty years.

Finally there's a good argument for having both: Roth and non-Roth accounts.

What is a SEP IRA?

SEP stands for simplified employee pension, and it's essentially an IRA for people who are self-employed or own a small business.

It has the same tax structure as a traditional IRA.

The main difference is eligibility — you need to either employ other people or have freelancing income — and that you can put a lot more money into a SEP IRA, up to $54,000 in 2017.

What is a robo-advisor?

Robo-advisors are going to be ideal for people who don't want to make a lot of decisions, and who really mostly care about keeping their costs down — these options often use algorithms to make investing recommendations and determine what goes into your portfolio, which can save money.

"They take away the thought process," Woodruff said.

Most, like Betterment and WealthFront, have low management fees and minimums, making the barrier of entry relatively low, although you have a lot less choice than you would from larger providers, notes Bankrate's McBride.

While robo-advisors were relatively rare and untested until fairly recently, the cost-savings are prompting more and more established firms to launch products of their own, including Merrill Lynch, which announced plans for a service late last year.

A big caveat: There are several pros and cons, including a lack of true personalization, to the "robo" approach. Read up on them.

Lastly, remember to not allow yourself to be too intimidated.

Most of the people who try and beat the market fail anyway — the important thing isn't to try and find a way outperform everyone else, it's just to get started saving and growing your money. Just set it, and forget it.