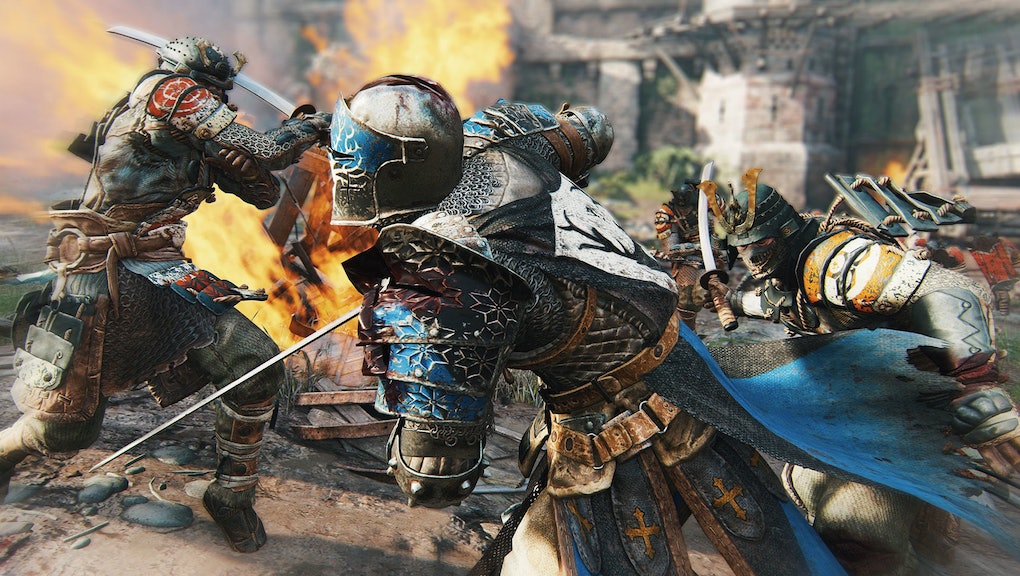 How to execute in 'For Honor' Open Beta: Guide to executing enemy players in the game

For Honor's multiplayer beta is finally open to everyone and it's magnificent. The game's accessible yet deep melee combat action is a welcome change to the litany of multiplayer shooters over the years.

Of course, it wouldn't be a brutal melee game without violent executions to pull off against enemy players. For Honor has an execution system, and it isn't just for show. We played the beta and we're ready to explain why executing in For Honor is so important and how to do it.

It's quite simple: When you reduce an enemy player's health to zero in For Honor, their character will fall to his or her knees in defeat. Once this happens, the game will prompt you to execute with either X or Y (on Xbox One) or Square or Triangle (on PlayStation 4). Pressing one of those buttons will make your character execute the enemy in a flashy show of dominance.

That's all well and good, but there's actually a strategic reason to do this. In For Honor, numbers are a huge deal. Being outnumbered when trying to capture an objective is usually going to result in your death. When you kill an enemy player without an execution, one of their teammates can resurrect them and give them a numbers advantage on an objective. Executions, however, disable resurrection and increase the executed player's respawn timer.

Leaving the enemy team without a player for a few extra seconds can make a big difference. Finally, a video game with executions that are actually tactically sound. What a novel idea.