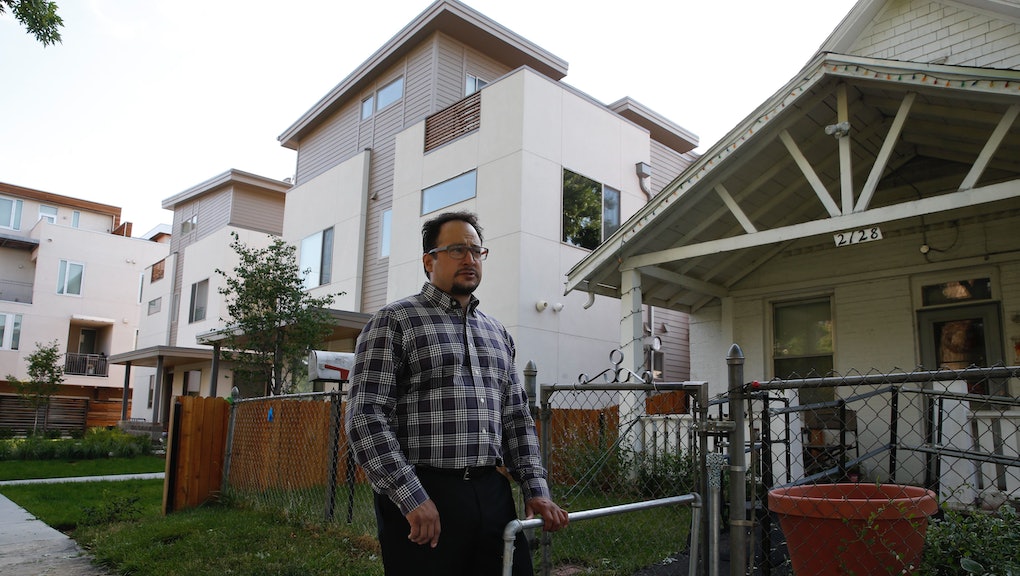 Yes, there is a racial wealth gap in America. And yes, it's getting bigger.

According to the survey, families with accrued wealth are able to handle an unexpected expense — such as an impromptu medical or bill or job loss — without falling into debt or extreme poverty. Black and Latino families don't have as large a safety net as white families, regardless of the number of parents in the family.

Reasons for the racial wealth gap are rooted in racist American history, according to the report. Everything from slavery to segregation to redlining has interrupted minority families' ability to accrue intergenerational wealth. The report cites historical phenomena like the GI Bill — which helped veterans and their families purchase homes — as a reason for the lack of wealth passed down from one generation to the next, as African-Americans were often denied the benefits of the bill.

"For centuries, white households enjoyed wealth-building opportunities that were systematically denied to people of color," Amy Taub, associate director of policy and research at Demos, said in a statement. "Today our policies continue to impede efforts by African-American and Latino households to obtain equal access to economic security."

Fixing the racial wealth gap, according to Demos, won't happen until Americans believe one exists. The report found that only half of Americans currently believe such a gap — with white Americans representing a larger share than black or Latino Americans — exists.

"When research shows that racial privilege now outweighs a fundamental key to economic mobility, like higher education, we must demand our policymakers acknowledge this problem and create policies that address structural inequity," Taub said.