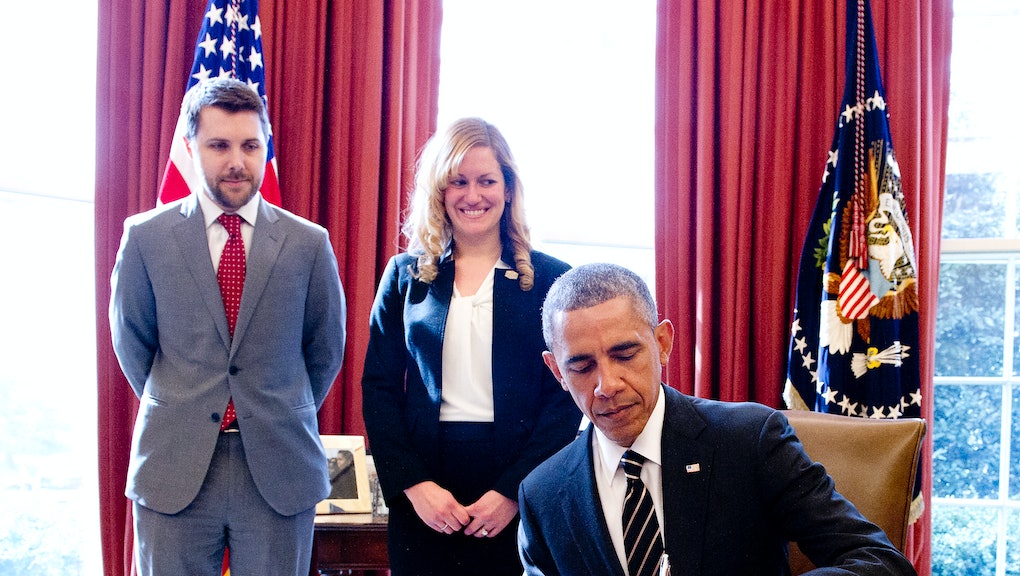 How many executive orders did Obama sign? Here's his track record.

Former President Barack Obama was criticized by Republicans for signing what they saw as too many executive orders. Meanwhile, many of those same individuals have hailed President Donald Trump for exercising the same power.

How does Obama's track record of executive orders measure up against Trump's? Let's take a look.

According to the Federal Register, Obama signed 276 orders total during his presidency. The register lists the number of orders Obama signed each year in office. They are:

Obama signed 19 executive orders in his first 100 days, FiveThirtyEight reported, which drew criticism from Republicans. But AOL.com pointed out Trump broke Obama's record for signing the most executive actions — counting orders and memoranda — in the first week of office.

Now, the same people who condemned Obama are praising Trump. According to House Speaker Paul Ryan, Trump's executive orders differ from Obama's because, well, Ryan agrees with them.

"It's quite the opposite," Ryan said in a recent press conference, NBC News reported. "President Obama used his pen and phone to exceed his powers in our perspective. Everything Obama did by executive order, this president can undo."

Did Obama sign more orders than other presidents have?

Over the course of his administration, Obama actually averaged fewer executive orders per year (35) than any president since Grover Cleveland — who, in his second term, averaged 35 orders per year, according to data collected by the American Presidency Project at the University of California, Santa Barbara.

Obama's total record of executive orders is also less than those of the three most recent two-term presidents: