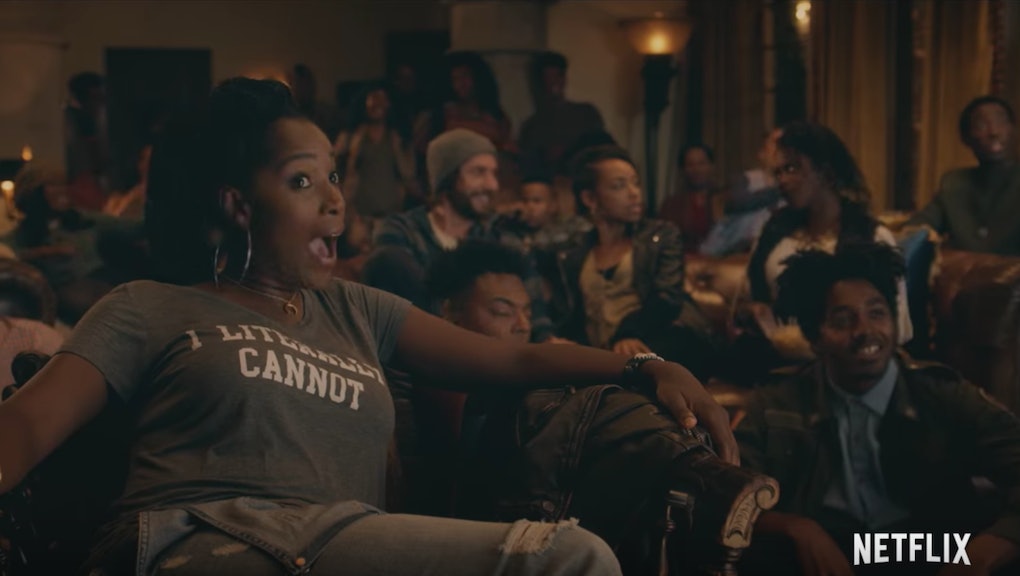 Dear white people: What the hell are you doing?

After the first teaser trailer was released for Netflix's Dear White People — based on the hit indie film of the same name — Wednesday, the series has received intense backlash for what is being perceived as an anti-white agenda. One Twitter user went so far as to claim the streaming service was supporting a show that promotes "white genocide." Thus, another online boycott was created: #NoNetflix.

There's a touch of irony in the Dear White People series receiving such intense backlash, considering the original film was a critically acclaimed satire of "post-racial America" at a predominantly white Ivy-league school (the central drama in the film was the college president's white son hosts a blackface-themed party). Creator Justin Simien, who is also working on the Netflix adaptation, explained in a Facebook post published Wednesday why the backlash to the new series is the reason it's needed in the first place.

"When the first trailer for the film dropped, I'll admit the deluge of claims that I was a reverse racist and a 'piece of shit monkey that should shut up and go back to Africa' really hurt. But now, I feel strangely encouraged. To see the sheer threat that people feel over a date announcement video featuring a woman of color (politely) asking not to be mocked makes it so clear why I made this show."