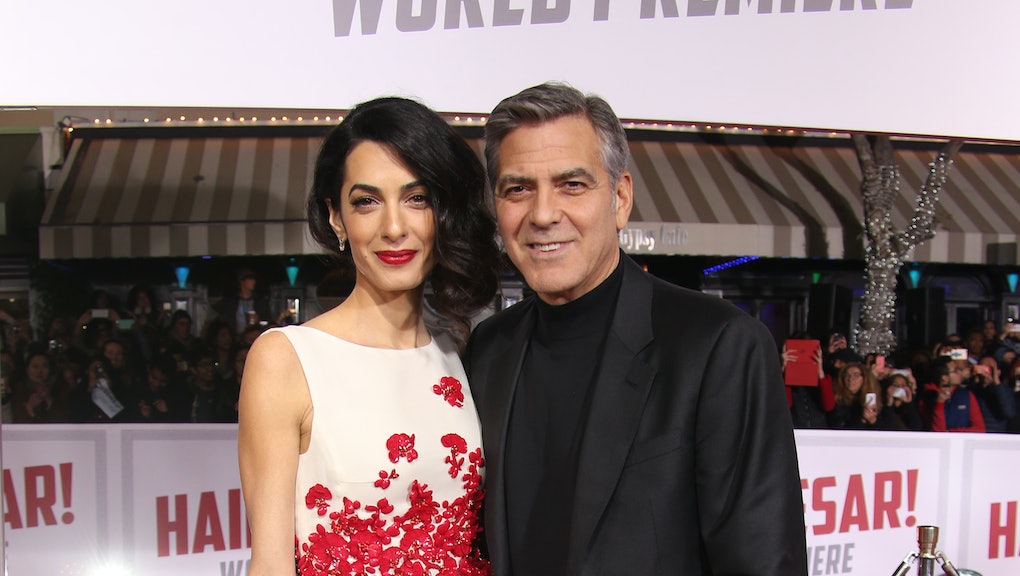 Amal Clooney is reportedly pregnant. The lawyer and fashionista is said to be expecting twins with husband George Clooney — and she hid her growing baby bump at a January event.

At the beginning of the year, the couple, who wed in September 2014, attended a London screening of the Netflix documentary White Helmets. The film, which is nominated for an Academy Award for best documentary (short subject), is about a group of first responders in Syria who risk their lives to save victims from the rubble after airstrikes. Amal attended the screening, which was held by the Clooney Foundation for Justice, wearing a floral Dolce & Gabbana shift dress.

The photos initially sparked rumors that Amal, 39, and George, 55, could be expecting their first child together. However, the couple did not comment on the speculation. In fact, they still have not confirmed Amal's pregnancy. The Talk host Julie Chen broke the news Thursday that Amal is pregnant with twins and due in June.

A rep for the couple would not confirm the news to People, but a source told the outlet that family members have been informed and “they’re all very happy.”