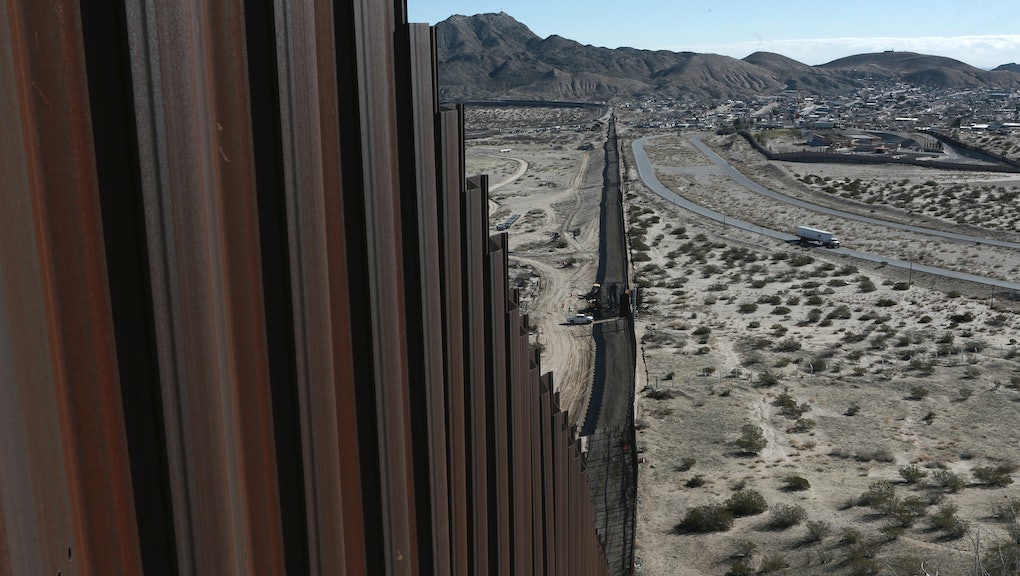 A new internal U.S. Department of Homeland Security report evaluating the logistics of President Donald Trump's promised border wall may be a rude awakening to both the president and his supporters.

The document, first reported on by Reuters, estimates the wall would cost the government up to $21.6 billion and take nearly the entire length of Trump's term to construct.

Officials are expected to present Trump's administration with their findings — which include blueprints for a three-phase plan to close off the border by the end of 2020 — in a few days. After that, it's up to Trump and his advisers whether they will honor the department's recommendations.

Trump's call for a border wall was among his top campaign promises, but now he will have to decide how much he's willing to pay to make it a reality.

According to Reuters, the $21.6 billion appraisal dwarfs Trump's own, oft-repeated $12 billion estimate. Other Republicans, like Sen. Mitch McConnell and House Speaker Paul Ryan, had offered the ballpark figure of $15 billion.

Of course, there had been a time when Trump could say with more confidence that the Mexican government would foot the costs — whatever they may be — of a border wall. But after multiple squabbles with Mexican President Enrique Peña Nieto and former President Vicente Fox, it's become clear that U.S. taxpayers are likely to be the ones ponying up the now-staggering estimated sum of money required to realize Trump's wall.

But no matter the price, Trump seems resolute in his aims to deliver on a wall. Reuters reported Trump on Wednesday assured law enforcement officials, "The wall is getting designed right now."