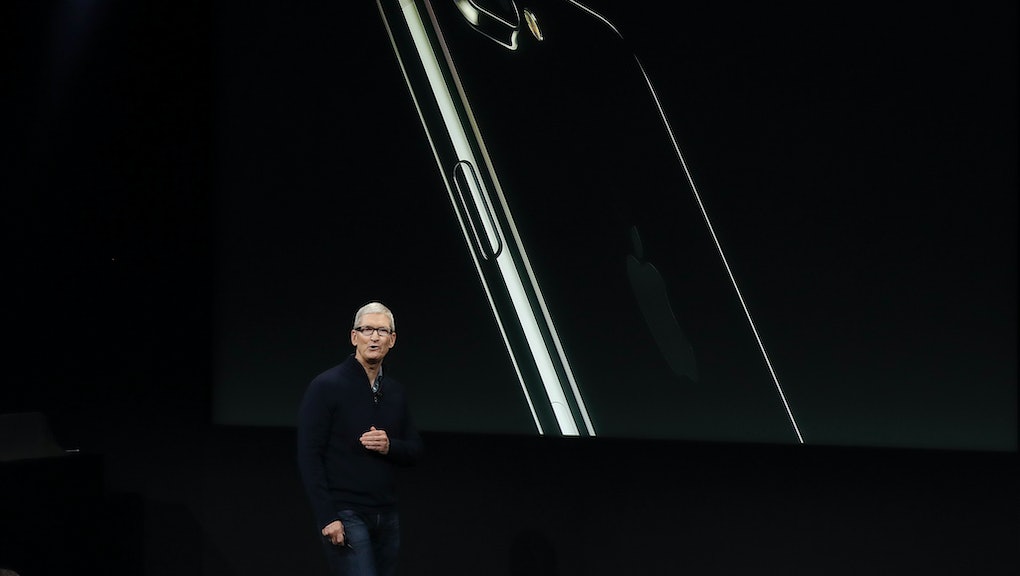 iPhone 8 Rumors: Photos, price, models, leaks and everything to expect for its release

On the 10th anniversary of the iPhone, Apple is speculated to be launching a special device to commemorate the occasion. Should the tech giant follow its usual timeline, then the device — rumored to be called iPhone 8 or iPhone X — will be announced at the company's produce event in the fall.

That said, a supply chain report from Digitimes says Apple is starting production for the next-gen device earlier than usual. But, according to Fast Company reports, citing an anonymous source, that the product announcement will still be in the fall. Why start production early? 9to5Mac reports it could be to meet the anticipated demand for the device.

The new iPhone is rumored to have three models (4.7, 5.5 and 5.8 inches) and the largest model will likely feature an edge-to-edge OLED display.

Apple is not one to change prices drastically between devices so it is safe to  expect the next-gen iPhone to be around the same as the iPhone 7s. Most recently, Fast Company reported that one version of the device could cost more than $1,000. Considering the 256GB model of the iPhone 7 Plus goes for $969, it's not hard to see the new iPhone to top $1,000.

It's hard to tell much of a difference between the recent iPhone devices over the past few years but, with the iPhone 8, Apple may be changing things up. CNET reports the iPhone 8 may have a steel frame center that would hold together a glass panel in the front of the phone and a panel for the back. Apple has featured this kind of a design before with the iPhone 4 and 4s, which also had front and back glass panels that is held together with a stainless steel band.

A persisting rumor surrounding the new phone is wireless charging. It started at the Consumer Electronics Show in Las Vegas when Steve Rizzone, CEO of wireless-charging company Energous, said the first wireless transmitters would be in "one of the largest consumer electronic companies in the world."

"I cannot tell you who it is," Rizzone told the Verge. "But I can virtually guarantee that you have products from this company on your person, sitting on your desk or at home."

After Energous signed a deal with Apple supplier Dialog Semiconductor last year, Rizzone's statements seemed to point at the iPhone. Nikkei Asian Review later reported, citing an anonymous source, that Foxconn Technology Group was creating wireless charging units to accompany iPhones. But a report from researchers at Copperfield Research said wireless charging is not on the horizon.

The rumors surrounding wireless charging have emerged, once again, after a Business Insider piece citing KGI Securities analyst Ming-Chi Kuo claims all three devices will feature wireless charging. Kuo's note warns that this feature may cause the devices to overheat more than their predecessors, as a glass casing and wireless charging are "unfavorable to thermal system operation."

The next flagship phone from Apple may come equipped with iris scanning technology, reports Digitimes. Should this be true, then Apple will provide users with an alternative to securely unlocking their devices in addition to the traditional lock codes and finger sensors.

With the iPhone 7, Apple parted ways with the headphone jack. With the iPhone 8, the company is expected to say goodbye to the home button. Instead, the button may be integrated in the display screen. Users of the iPhone 7 and 7 Plus shouldn't find this to be too much of a change, as the current devices have a home button that is not quite a button.

The device may also come with a feature that uses facial recognition technology in its new device, Business Insider reported. To better visualize what is to come, here is a concept video for what the device may look like.