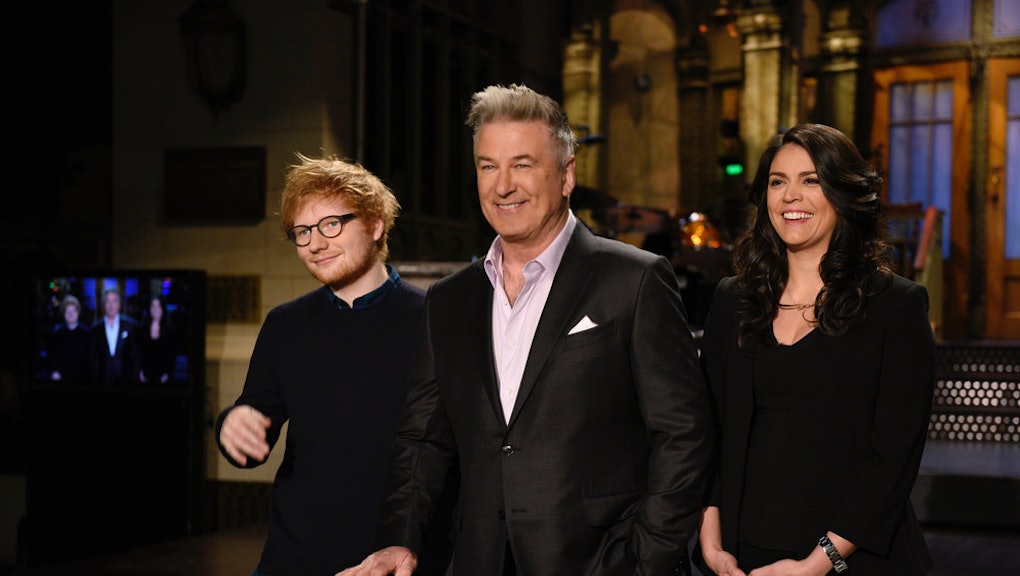 When and where to watch Alec Baldwin on 'SNL' this weekend

Alec Baldwin will be returning to Saturday Night Live on Feb. 11. Now, that may not sound like news considering how frequently he has shown up over the last year, but this Saturday, he will host the show for a record 17th time — pretty extraordinary.

Baldwin, who is no stranger (obviously) to SNL, has been appearing frequently as Donald Trump since last October. He has been such a routine member of the show lately that NBC is poking fun at his appearance in a promotional video — Baldwin, though, assures us his turn as host is "a big deal."

Check out the video below:

When is the show?

Saturday Night Live may be a show you normally watch on DVR, or in clips the next morning, but this episode seems like one that needs to be watched live. With Alec Baldwin known for so many great appearances, you never know what might happen.

So, if you want to watch the live show, well, live, make sure you are by your television on Saturday, Feb. 11 at 11:30 p.m. Eastern. If you cannot make it to your TV, you can watch the show live on NBC's website here. All you need is a cable subscription.