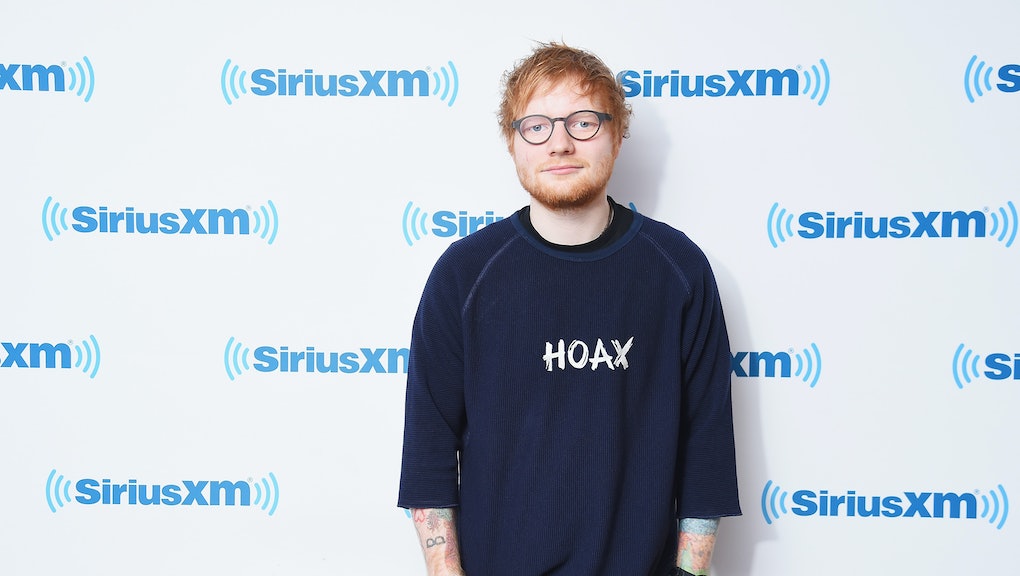 Who is performing on 'SNL' tonight? Here's who's taking the stage Saturday

Alec Baldwin is taking on hosting duties on Saturday Night Live this week, and accompanying him on musical guest duties is Ed Sheeran, who is presumably there to promote his upcoming album, Divide.

In the promo video above Sheeran takes a crack at doing a Donald Trump impression, clearly emulating Baldwin, who has been impersonating the president all season.

While the songs Sheeran will be singing haven't been confirmed, the artist has already released two singles from Divide — "Shape of You" and "Castle on the Hill" — back in January. Unless he plans on debuting something new from the album, which will be out March 3, it shouldn't be too much of a stretch to expect him to sing at least one of these singles.

Sheeran previously took to the SNL stage back in 2014. He performed "Sing" and "Don't" from his second album Multiply.

For more information on the singer you can visit Mic's Ed Sheeran hub.