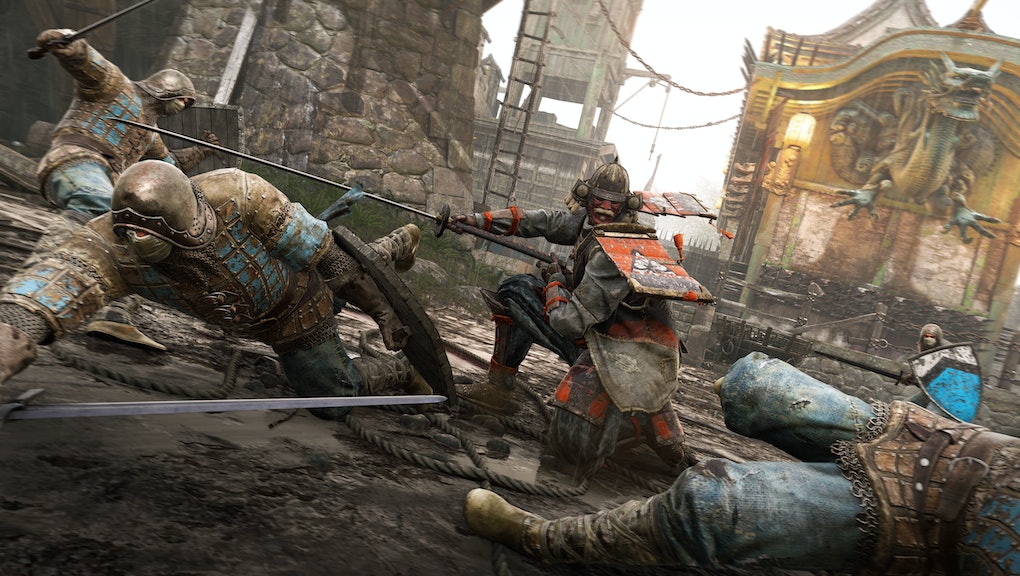 'For Honor' Feats Open Beta Guide: What feats are and how to use them

You only have a couple more days to play the For Honor open multiplayer beta, so get in and mix it up with other online combatants while you still can. While you wait for it to download, though, you should know one thing going in: This game doesn't fully explain itself. That's what we're here for.

Before you play, you should know how feats work in For Honor. Here's a brief guide.

How to use feats in For Honor

When you select a character in For Honor, a menu with four different abilities appears that you have to confirm before you can play. At the outset, you can't do anything here, as you haven't unlocked anything yet. These four abilities are what the game calls feats, and they unlock as your in-match experience meter in the lower left corner of the screen fills up.

Each time you level up in the match itself, one of your feats becomes available. Some feats are passive, meaning they take effect without you doing anything. Others require you to press their corresponding direction on the D-pad, such as one that gives your character throwable axes.

Please note that activating feats is tied to the level you achieve within each match that resets to zero at the beginning of the next match. Your overall character level that you increase from playing multiple matches unlocks new feats, but has nothing to do with actually using them.

Understanding feats is key to victory, as the bonuses they provide can turn the tide of battle. Conquerer lets you take over objectives faster, while Takedown is a throwing move that makes enemies fall to the ground, awaiting your blade. Feats are only available in Dominion, the game's flagship multiplayer mode. Faster objective capturing wouldn't be especially useful in modes without objectives, would it?