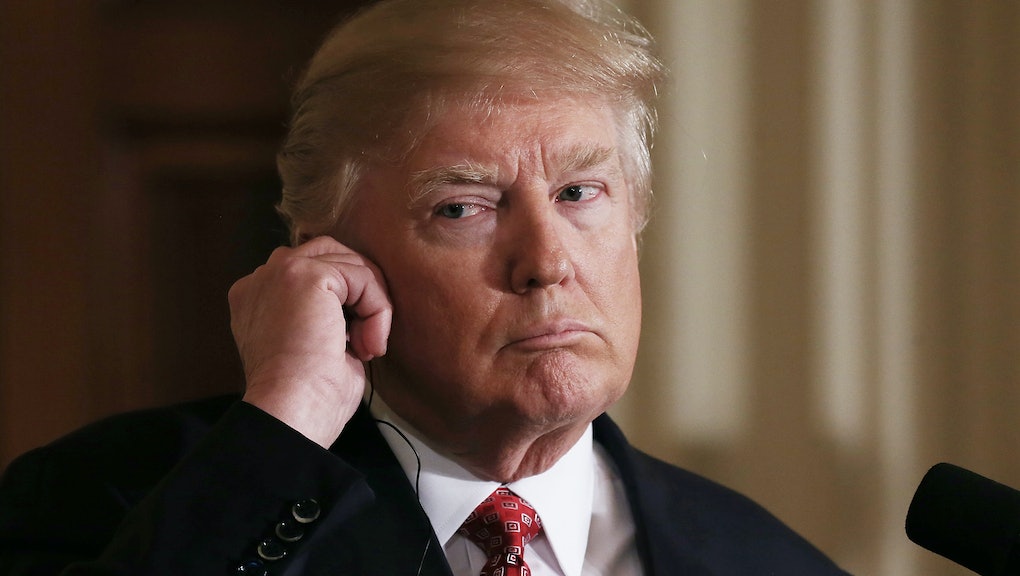 One of the executive orders President Donald Trump issued in the first days of his administration, a move pitched as banning former officials from becoming lobbyists but which actually weakened some ethics rules, cited a section of the law which does not exist.

While "particular matter" has a clear legal meaning, Elliott noted, "specific issue area" does not. Both the mistake and the vagueness of the second term have led to ambiguity in the order's interpretation by ethics lawyers, according to ProPublica.

The error is curious, because as previously reported by NPR, large stretches of the executive order were lifted verbatim from orders signed by Obama and fellow former President Bill Clinton. Obama's executive order cites the law correctly.

As Elliot noted, the executive order has already resulted in cases like former Associated Builders and Contractors lobbyist Geoffery Burr joining the Department of Labor, potentially as the future secretary of labor's chief of staff.