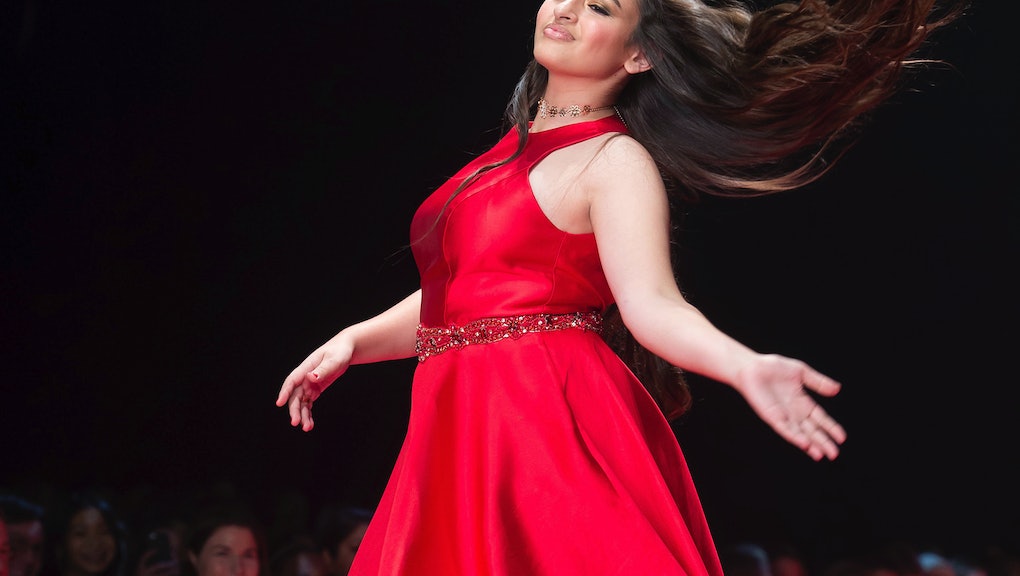 She's an author and the star of her own TV show, and now she has a doll. What can't Jazz Jennings do?

On Friday, the transgender activist and star of TLC's I Am Jazz: A Family in Transition unveiled a new doll from Tonner Doll Co. on her Instagram.

"This is the first transgender doll on the market, and guess what?! It's ME!!!," Jennings wrote in a caption accompanying the photo. "Tonner Doll Co. did a great job of creating this beautiful item! It will be available in July, and I hope that it can place transgender people in a positive light by showing that we are just like all other people."

She further clarified the "first transgender doll" claim. "For those asking: The doll is considered to be the first 'transgender' doll because it's based on an individual who is trans," she wrote. "Of course, it is still just a regular girl doll because that's exactly what I am: a regular girl!"

According to the Associated Press, the founder of Tonner Co. founder, Robert Tonner, first saw Jennings when she appeared with Barbara Walters on a 20/20 special in 2007.

"Jazz stands for everything I respect from a human nature point of view — she's incredibly brave, intelligent, warm-hearted and creative," Tonner told the Associated Press.

Jenning's doll will debut at the New York Toy Fair, which begins Feb. 18, before coming to select stores and Tonner Doll Co.'s website in July. If the doll resonates with consumers, expect it to go even wider.

If your child can't wait to play with Jennings' doll, there's another way to share her story. Jennings is also the author of I Am Jazz, a storybook based on her life.