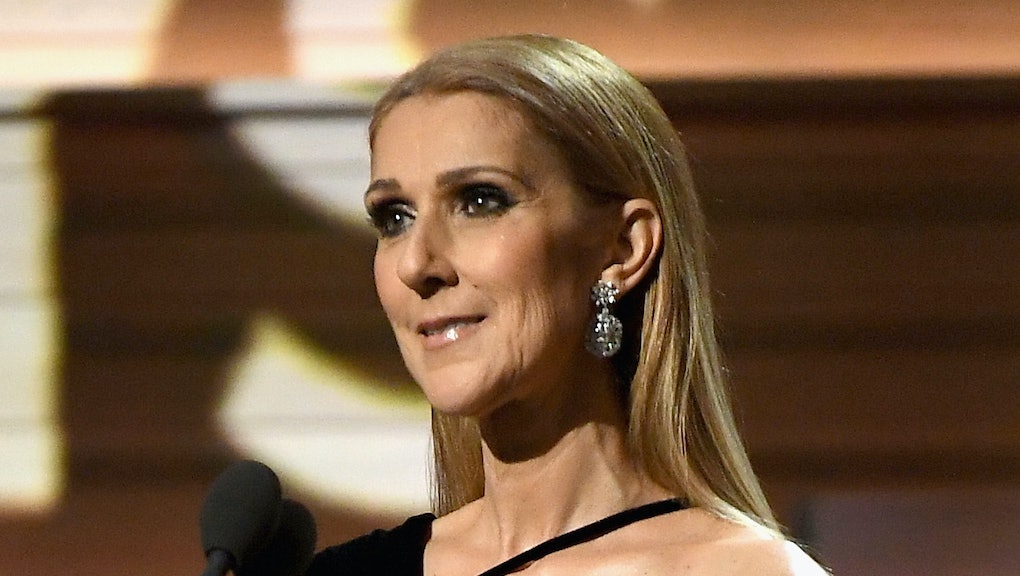 Before presenting Adele and Greg Kurstin with the Grammy award for song of the year on Sunday night, Celine Dion took a moment to remember her late husband René Angélil.

Dion introduced the category by sharing a sweet memory of Angélil. The singer recalled the time when she won the same award for her iconic song "My Heart Will Go On" from Titanic in 1999.

"Stevie Wonder once said, 'Music at its essence is what gives us memories'" she began the introduction. "I will never forget sitting with my husband, René, when 'My Heart Will Go On' won the Grammy award for song of the year 18 years ago," Dion recalled.

"My Heart Will Go On" swept the Grammys that year. It not only won song of the year at the 41st annual Grammy awards, but it also won record of the year.

Angélil passed away in January 2016 at the age of 73. Following his passing, Dion paid an emotional tribute to her late husband at the 2016 Billboard Music Awards.