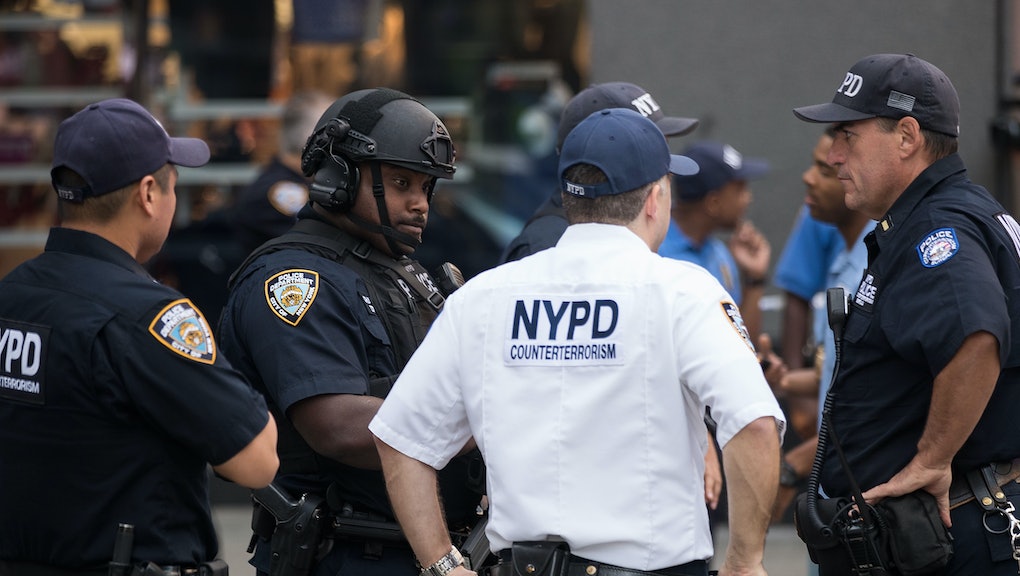 Just wearing a police uniform instantly affects how we perceive others, study shows

As activists push for radical reform in the country's policing practices, a new study shows there may be a virtually unavoidable bias-causing factor at play — the police uniform itself.

A team of researchers from Canada's McMaster University found that just putting on a police uniform can instantly affect our cognitive processes and the way we perceive others.

In a study published in the journal Frontiers in Psychology, researchers Ciro Civile and Sukhvinder Obhi tasked participants with identifying a shape on a computer screen amid images of white faces, black faces, people dressed in suits and people dressed in hoodies. Some participants took the test while wearing a police uniform, while others wore mechanic overalls.

What's more, the researchers found that being near or exposed to the police uniform didn't have the same effect on participants — it was something about wearing it that fostered these biases.

"Wearing a police-style uniform may induce a kind of 'status-profiling' in which individuals from low-status groups become salient and capture attention," the researchers wrote.

Civile and Obhi's study isn't the first to determine that clothes can have a significant effect on the wearer.

In 2012, Northwestern University professors Hajo Adam and Adam Galinsky coined the term "enclothed cognition" after finding that participants improved their focus after putting on what they believed to be a lab coat.

In the study, reported on by the Pacific Standard, researchers gave participants a tricky test asking them to name the color of a word flashed on a computer screen, ignoring the word itself. Two-thirds of participants wore a white coat to take the test — but researchers told some participants it was a painter's coat, while telling others it was a doctor's lab coat.

In the end, those who believed they were wearing a lab coat performed better.

This "physical experience" that certain articles of clothing provide can have a positive impact on the way we feel about ourselves and process the world. But in a country where black people might expect to be shot by a police officer for something as mundane as wearing a hoodie or failing to signal a lane change, Civile and Obhi's findings leave unsettling questions about how to solve systematic violence in policing.

"Police often operate in time-sensitive and potentially threatening situations in which the use of stereotypes might hasten judgments about a specific social group member, and whether they pose a threat or not," Civile and Obhi wrote. "To the extent that the police uniform itself symbolizes power and high vigilance to threat, we could reasonably predict that, when wearing the uniform, specific forms of bias may emerge."