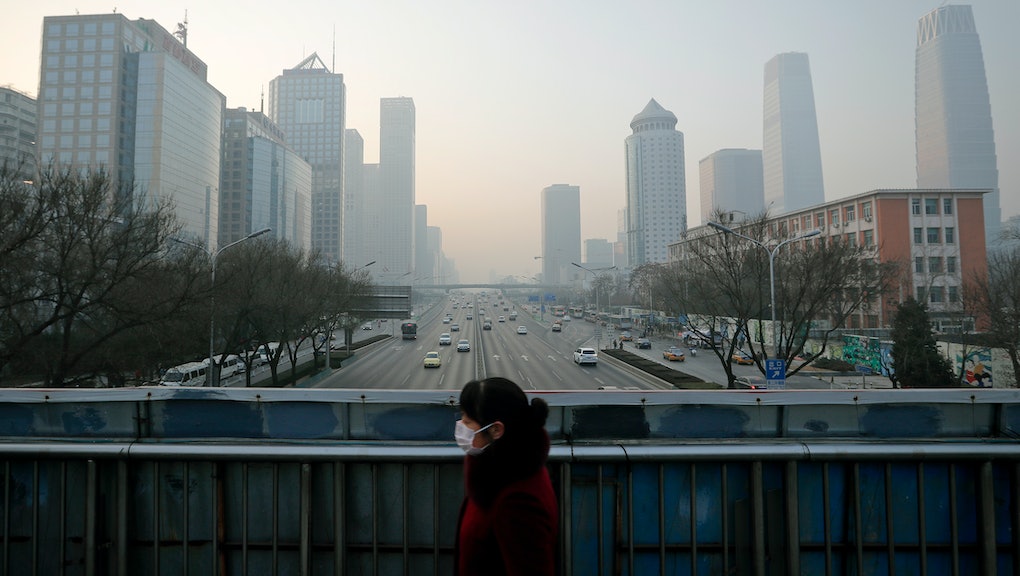 In these 15 cities, exercising outside is actually bad for you because of air pollution

Exercise is pretty much always good for you — except when you're doing it outside where the air is poison.

A new report from the Guardian — part of an ongoing series about air pollution — uses pollution numbers from the World Health Organization from May 2016 to identify at least 15 cities around the world that have pollution levels so high that biking outdoors becomes dangerous after just an hour or less of exposure.

The Guardian cites a study published in the June issue of the journal Preventive Medicine that found that, in most places, the health benefits of activities like cycling or walking outside far outweighed the risks. But in a very small percentage of cities around the world, air pollution is so bad that those outdoor activities become more dangerous than beneficial.

That study relied on earlier data from the WHO's 2014 air pollution database, and estimated that only 1% of cities had pollution levels high enough to make the negative effects of 30 minutes of daily outdoor activity outweigh the positives.

The most polluted cities

Cyclists hit the tipping point into danger after an hour outside in these cities:

In these cities, the risks of exercise outweigh the benefits after just 45 minutes:

And in these cities, pollution levels are so high that just 30 minutes of outdoor cycling is more harmful than it is beneficial:

How air pollution is measured

The air quality is measured by the average annual amount of PM2.5s in the air. PM2.5s are tiny particles less than 2.5 micrometers in diameter. They can come from natural sources, like dust and pollen, as well as fuel emissions from vehicles and pollution released in industrial processes. Tiny particles are especially dangerous, according to the Environmental Protection Agency, because their small size means they can get deep into your lungs and bloodstream.

The dangers of exposure to particulate matter like PM2.5s include heart attacks, decreased lung function, difficulty breathing and even premature death in people with risk factors like heart or lung disease.

The Guardian identified 15 cities where just an hour or less of outdoor exercise was more dangerous than beneficial — but as the report points out, a number of large cities in the developing world don't measure air pollution correctly, and therefore aren't even included in the WHO's list.