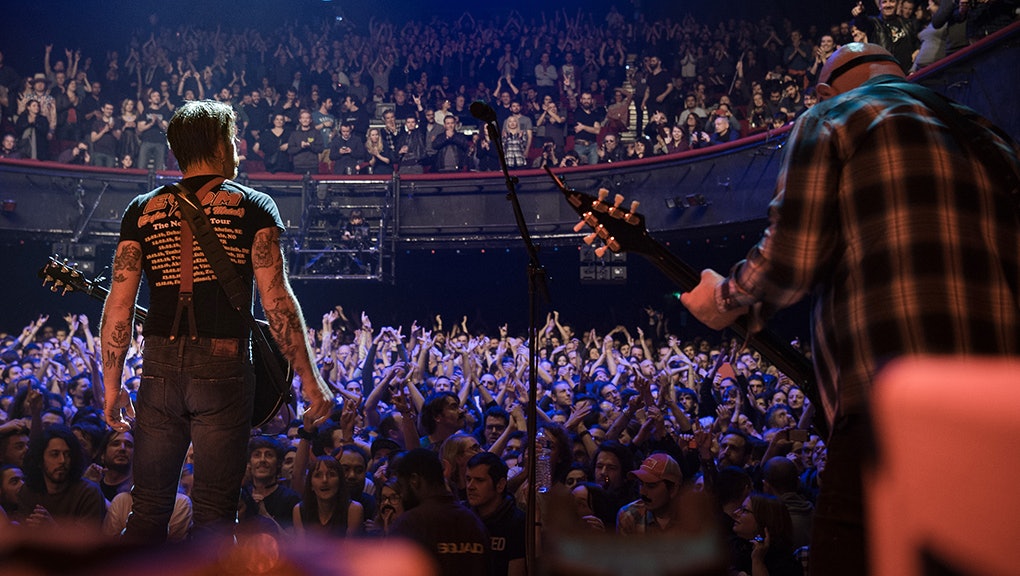 HBO's 'Eagles of Death Metal: Nos Amis' documentary is an emotional journey for the band

HBO will premiere the documentary Eagles of Death Metal: Nos Amis on Monday night. The documentary gives viewers a look at the 2015 Paris terrorist attack, which happened during the band's Nov. 13, 2015 show at the Bataclan Theatre.

In the film, directed by Colin Hanks, the band recounts their experience a year after the tragic event where 130 people died. The documentary also features the group's emotional return to Paris in February 2016. It was their first time back in the city following the attack.

The relationships within the band, especially between Jesse Hughes and Josh Homme and fellow band members Dave Catching, Matt McJunkins and Julian Dorio, is the main focus of the film.

The band recounts their experience on stage during the attack and Homme, who was not at the concert, opens up about having to deal with finding out about the tragic incident while being away from his friends and band members. They also lost four crew members that night.

For Hanks, he chose to make this film because he resonated with the little details of the attack after breaking down in tears in public. "The looks that people shared with each other, the things that someone remembered hearing that then ended up being the thing that saved their life. That made me incredibly emotional," he told Vanity Fair.

Making this documentary with his friends Hughes and Homme was an opportunity for all of them to move on. "It seemed like an opportunity to create something positive while also creating a document that shows all of the good of people coming together and trying to collectively move on. They do represent something now that is perhaps more important than just being torch bearers for rock 'n' roll," Hanks said.