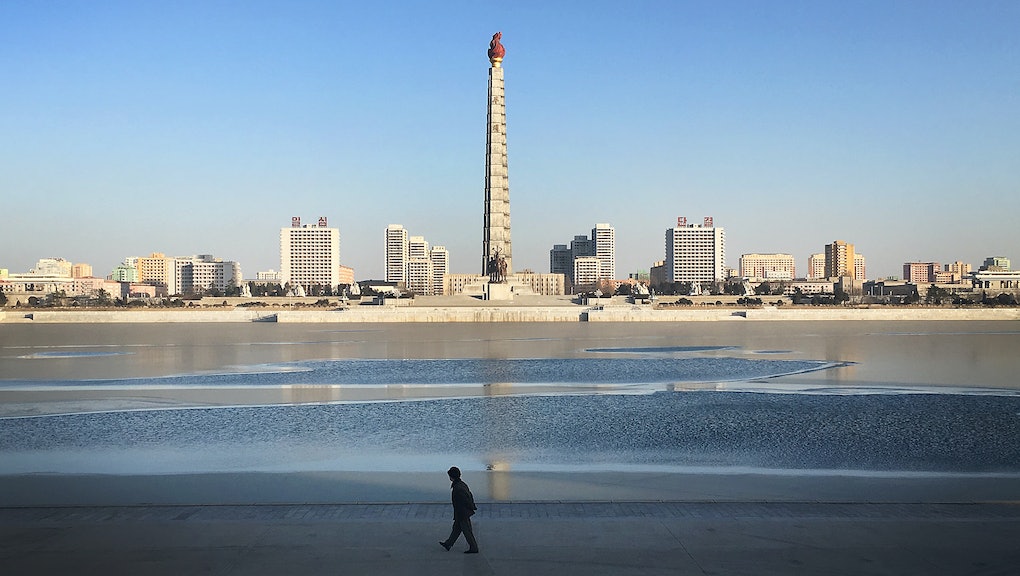 On Feb. 12, North Korea conducted its first test of the Pukguksong-2 intermediate range ballistic missile. The United States has yet to respond to this latest missile test beyond a joint statement with Japanese Prime Minister Shinzo Abe, and calling for an emergency session of the United Nations Security Council. Does this muted response indicate a shift in President Donald Trump's tone toward North Korea? Is it an indication of a more deliberative policy-making process? Or is the lack of response from the administration the result of both dysfunction and ineptitude and because there are limited options?

The quiet from the administration is in contrast to Trump's tough talk on the campaign trail and prior to his inauguration. On Jan. 2 he tweeted, "North Korea just stated that it is in the final stages of developing a nuclear weapon capable of reaching parts of the U.S. It won't happen!" And while they still do not have such a weapon, this missile test is another step in that direction.

The test took place while Trump was meeting with Japanese Prime Minister Shinzo Abe. What followed was deeply strange. Instead of retreating to a highly secure room, or even just a bathroom with a guard in front of it, they discussed options for a response in the middle of a semi-public dinner at Trump's Mar-a-Lago club. They then held a joint press conference that, oddly, did not mention South Korea, and was shorter than a typical movie preview. This is the entirety of Trump's statement: "Thank you very much, Mr. Prime Minister. I just want everybody to understand and fully know that the United States of America stands behind Japan, its great ally, 100%. Thank you."

The typical response to the North Korean missile test would have been planned with input from the National Security Council, but the NSC (and the State Department) are having problems staffing up the relevant positions and seem to be highly dysfunctional, which means that the normal inter-agency process is not functioning effectively. Yesterday, national security adviser Michael Flynn resigned, which will benefit the NSC in the long term, but adds to the chaos in the short term.

North Korean president Kim Jong Un is testing Trump. Trump has been lukewarm on the U.S. commitment to alliances, while Secretary of Defense Jim Mattis was recently in East Asia voicing his strong support for America's East Asian allies. It is unclear what a U.S. response could be to this test. Trump's options are limited.

The deployment of the THAAD (Terminal High Altitude Ariel Defense) missile defense system to South Korea was proceeding even before this test. A full-scale naval blockade by the U.S. against North Korea would be a major escalation. And it is unclear why China, key to reining in North Korean aggression, would help a U.S. administration set on antagonizing Beijing. The meeting at the U.N. Security Council resulted in a statement, but statements are only useful for "naming and shaming." That doesn't work when the antagonist is without shame.

Trump's options may be limited, but his lack of response should not be read as a shift in tone to a more thoughtful, deliberative process. Trump hasn't signaled a clear approach to North Korea and doesn't yet have the staff in place to help him. With limited options and a dysfunctional administration, it is too soon to say how Trump will deal with North Korea in the future.