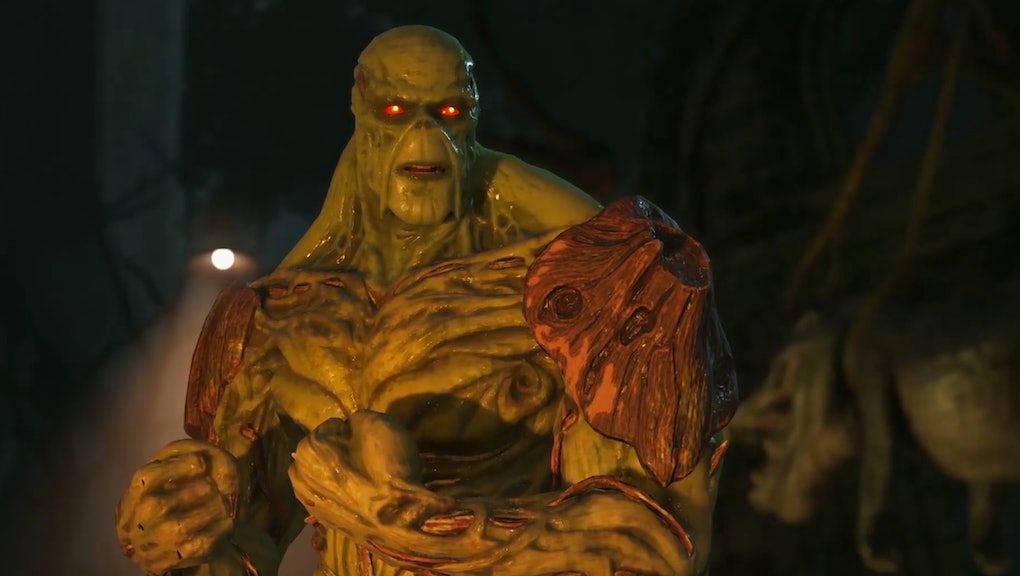 Just a few days after revealing Black Canary as a playable character in the DC Comics-based brawler Injustice 2, IGN has revealed another new character through its IGN First series: Swamp Thing.

The trailer opens with Robin walking up to him, saying that his father warned him to kill Swamp Thing should they ever run into one another. To say that Robin's plan doesn't go very smoothly is an understatement: Swamp Thing proceeds to lay a minutes-long beatdown on him as we ooh and ah at all of his fancy fighting moves.

It's pretty gross. Swamp Thing also has leaf wings, apparently? Check it out.