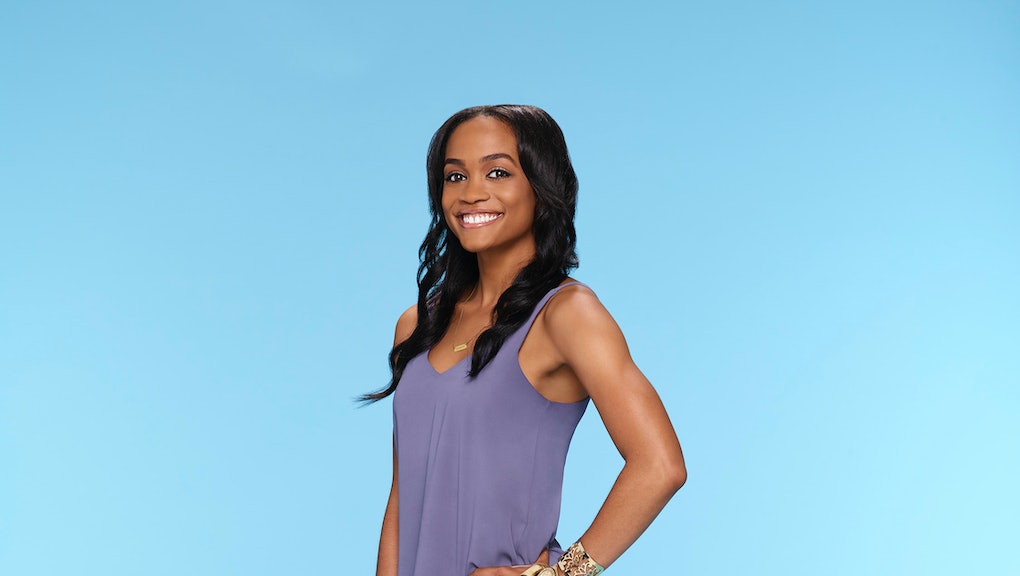 Rachel Lindsay will be the first black 'Bachelorette'

Rachel Lindsay will be the first black lead of any show in The Bachelor franchise, taking the helm of the next Bachelorette season. Both Entertainment Weekly and the Hollywood Reporter independently reported the news, but Bachelor blogger Reality Steve reported it first.

Lindsay, a lawyer who received current Bachelor Nick Viall's first impression rose this season, is in the top six of the Bachelor season. She breaks a 33-season-long streak of whiteness among the leads of both The Bachelor and The Bachelorette.

This is, admittedly, somewhat awkward, as Rachel hasn't been eliminated from the The Bachelor yet. But considering Entertainment Weekly reported that the news will break officially on Jimmy Kimmel Live on Monday night, it seems a safe bet that she will depart soon.

Judging by previous seasons, her run of The Bachelorette will likely debut this summer.