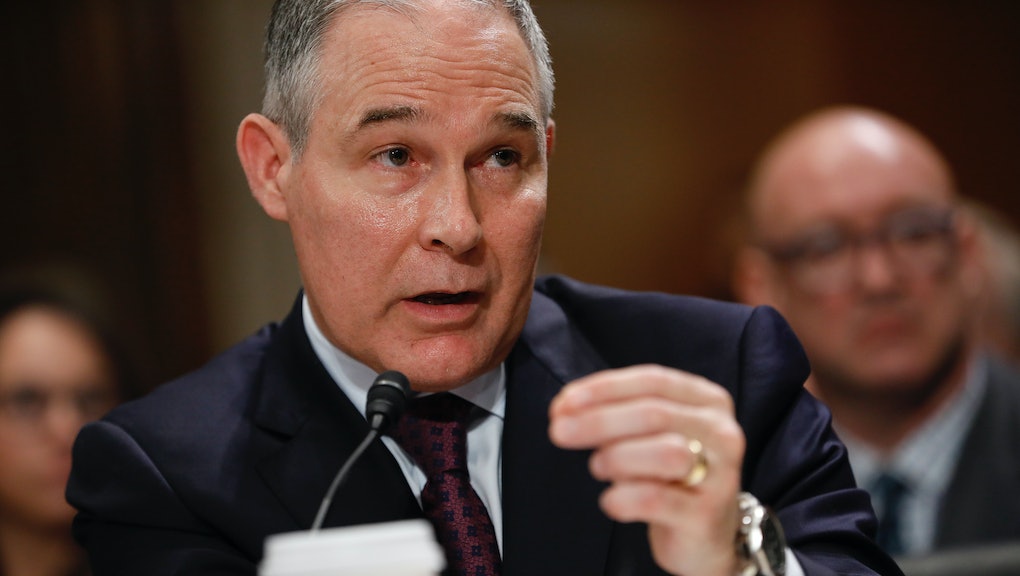 Oklahoma Attorney General Scott Pruitt will be the next head of the Environmental Protection Agency, after the Senate confirmed his nomination on Friday by a 52-46 vote.

Pruitt was confirmed despite protests from Democrats, who demanded his confirmation be delayed after a judge on Thursday issued an order to force Pruitt to release thousands of documents that show his communications with the oil industry.

Democrats, like Sen. Elizabeth Warren, say the emails could show "corruption" with "big oil," and said his confirmation should be delayed until the documents could be reviewed. Those calls, however, went unanswered.

Pruitt, who on his LinkedIn page described himself as a “leading advocate against the EPA’s activist agenda,” has been an antagonist of the EPA, suing the agency 13 times throughout is time as Oklahoma's attorney general, according to Mother Jones.

Throughout his confirmation hearing, Democrats questioned Pruitt on his history of denying that climate change is real.

However, when pressed on the issue, Pruitt said climate change is not a "hoax" — a word President Donald Trump once used to describe the phenomenon.

"The climate is changing and human activity contributes to that in some manner," Pruitt said during a line of questioning from Sen. Bernie Sanders (I-Vt.).

Pruitt will now be in charge of the cabinet-level agency tasked with enforcing environmental regulations.

Trump has said he wants to roll back some of those regulations, which he called "out of control" during a roundtable with auto industry leaders in January.