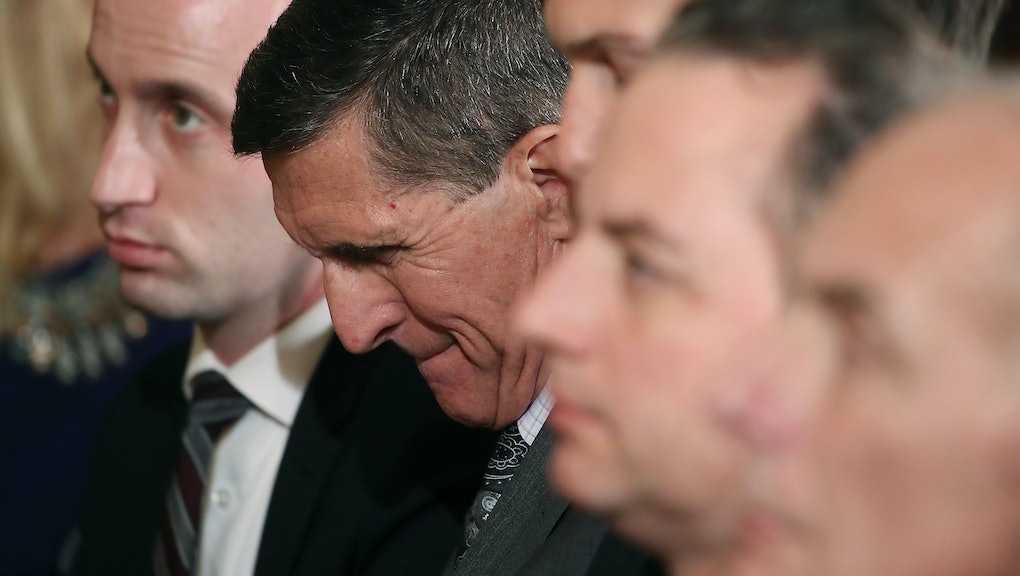 What is the Logan Act? How Michael Flynn's apparent Russian contacts may have been illegal

News broke Monday that White House national security adviser Michael Flynn had resigned from his position. The news came after reports that Flynn had spoken to Russian ambassador to the United States Sergey Kislyak on the phone and discussed sanctions against Russia before the inauguration — and then misled senior members of the Trump administration about his contact with Russia.

In his resignation letter, obtained by CNN, Flynn said that he had "sincerely apologized to the president and the vice president" for, as he put it, "inadvertently" briefing them and others with "incomplete information" about his contact with the Russian ambassador to the U.S. But for many, there are several issues at hand: not only that Flynn misled administration officials about his communication with Russia, but that he even had the calls in the first place, potentially putting him in violation of a 1799 statute called the Logan Act.

What is the Logan Act?

The Logan Act, meant to prevent private citizens from manipulating foreign affairs without the permission or involvement of the U.S. government, was named after Pennsylvania state legislator George Logan, who, in 1798, took it upon himself to travel to France and try to broker peace amid rising tensions between France and the U.S. over debts, the Washington Post reported in July.

Logan was successful in his goal — much to the disappointment of the leading Federalist party, which had been pushing for a war with France. So the party passed a law, named for Logan, meant to prevent any other U.S. citizens from involving themselves in foreign affairs without being authorized by the government. The full text of the Logan Act reads as follows:

Could Flynn really face consequences for violating the Logan Act?

It would certainly be unprecedented if he did, because in the entire long history of the law, no one has ever been found guilty of breaking it, according to the Washington Post.

In fact, it's mostly used as "a political weapon for the opposition party to cast doubt on the other party's foreign policies," according to the Washington Post. It gets brought up fairly regularly, including in 2015, when John Boehner acted without President Barack Obama's approval and invited Israeli Prime Minister Benjamin Netanyahu to speak to Congress, and in 2016, when then-candidate Donald Trump appeared to invite Russian hackers to spy on his opponent, Hillary Clinton.

But amid ongoing outrage about Flynn's actions and his abrupt departure from his White House position, it remains to be seen whether or not he will face any legal consequences.