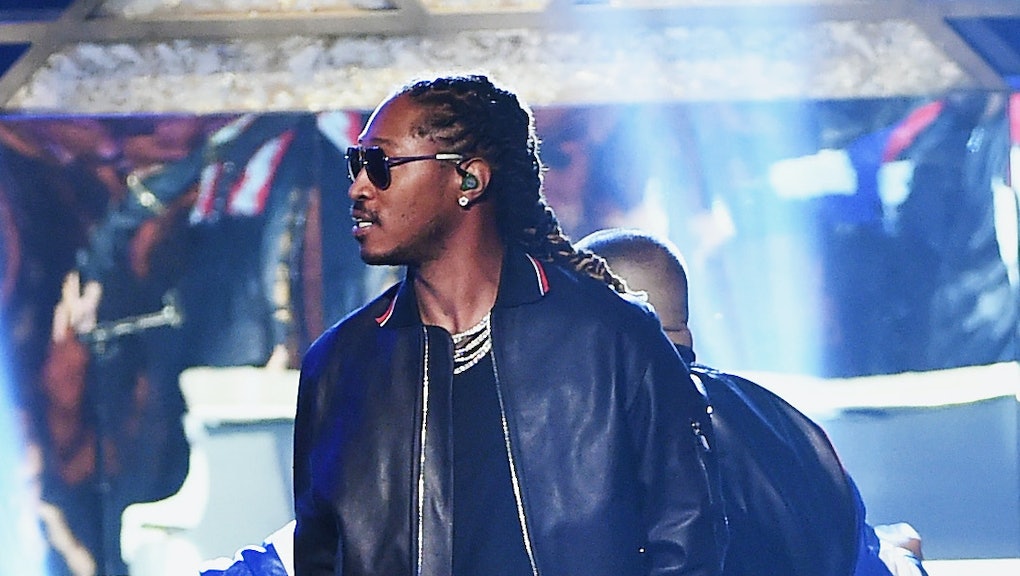 Future 2017 tour with Migos: Concert dates, locations and how to buy tickets

Future delivered a special Valentine's Day gift on Twitter Tuesday when he announced he will be releasing a new album on Friday, Feb. 17, and that he will be going on tour later this year.

As of writing, the track listing for the album is unavailable. The Atlanta rapper is also keeping tight-lipped on guest features, so we're busy imagining which of his friends, like Drake or The Weeknd, might make an appearance on the album.

Alongside the new release, Future also announced a North American tour. The Nobody Safe Tour will begin on May 4 at the Fedex Forum in Memphis, Tennessee. Future will be joined by Migos, Tory Lanez and Kodak Black, as well as Young Thug and A$AP Ferg in select cities.

The rapper teased the tour with a trailer, which more than hints that it's going to be a good time for everyone involved.

Future posted the North American concert dates on his website. Here is a full schedule of the tour, which kicks off in Memphis and ends in Las Vegas: