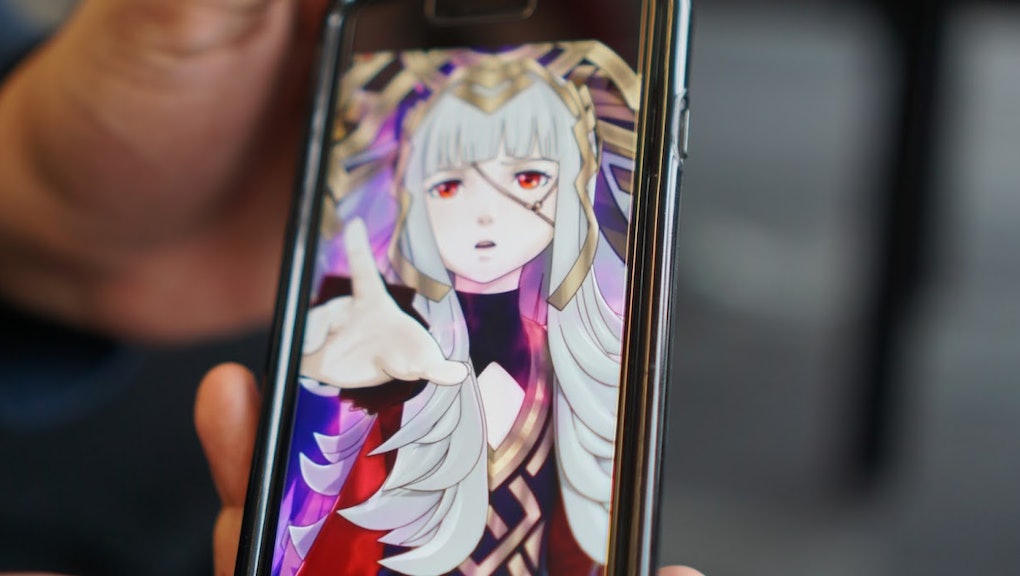 Welcome back to our Fire Emblem Heroes walkthrough! We've already met one-half of the Fire Emblem Fates family in Chapter 2, and now it's time to get acquainted with the rest of them. In Chapter 6, we'll be fighting Prince Ryoma and the rest of the Hoshidan royalty.

Just don't expect to get a lot of use out of your sword users. Hoshido is lousy with lance users and swordsmen, to say nothing of the thieves (in the form of ninjas) and their staff users.

As always, you'll want to make sure you're using heroes with strong growth potential as well as keeping them leveled with shards and making use of the training tower — make sure you're upgrading your castle if you choose the latter.

Additionally, Chapter 6 is rife with enemies who love to gang up on you. Now it's more important than ever to make sure you're baiting enemy units into disadvantageous attacks where your units aren't opened up to multiple counterattacks. If you're not sure whether or not an enemy unit can attack you, you can tap them on the map to see what their range is (represented by red squares) or just press the ominously titled "Danger Area" button at the bottom of the screen.

What you'll find in this guide:

Much like every other chapter, the trial exists to get you acclimated to the various foes you'll be fighting in your journey through the world. Ryoma (sword user) and his coterie won't attack you until one of your units moves into range. So take your time to get situated. Send a blue magician or lance user to the bridge to the right of your starting point to intercept Ryoma. Then send an ax user or another green attacker to the south to fend off Hinoka (the lance user). Since she's a pegasus rider, an archer will also work.

Move a ranged support character into position to fend off Takumi (archer) and Sakura (staff user). If they're strong enough, they should be able to take out Takumi in one or two hits, followed by Sakura when she moves into attack afterward. If you're using Takumi yourself, he could potentially take out Hinoka as well if you've equipped him with Close Counter. This will allow him to engage the pegasus rider at close range while still reaping the benefits of being a bow user.

Once you've pulled the teeth out of his ranged support, Ryoma falls in pretty short order.

You'll want to isolate Saizo (shuriken) and Takumi (bow) from their frontline support immediately. The easiest way to do this is to move toward Saizo on the righthand side of the stage: Try to kill him in one engagement, so he can't take advantage of his Poison Strike 2 ability. It's 7 guaranteed damage after it hits.

Once you move to engage Saizo, Oboro (the lance user) will break through the weakened wall on the central island, so make sure you keep an ax user close to deal with her. This will also provoke Takumi and Hinata (the sword user) into coming up the left side of the map to attack you. A blue beast-type fighter (like Awakening's Nowi or the female version of Fates' Corrin) is invaluable for this since Hinata's sword gives him a 20% de-buff when he's on the losing end of a weapon triangle matchup. Additionally, beasts can counterattack from one square away, so you can damage Takumi if he attacks you and you move to attack him on the next turn.

Just don't leave him with any options other than attacking someone who can counter, and you'll force him into an error.

Move a strong physical attacker (ideally an ax type) to the left bridge in order to pull Setsuna (bow) and Hinoka (the short-haired lancer) into range. Move a strong ranged character up the right bridge to support. The reason you'll want to do this is because you can pull Azama (the staff user) into combat by moving into his range. Azama's Pain ability hurts and deals 10 damage after combat ends, but it also forces the enemies to reconsolidate around him into a nice little group.

This will give your archer a free shot at Subaki (the long-haired lance user). Your ax user will also probably be in range of Azama and can take him out in short order. As long as you don't give Hinoka any other options, she'll run herself into your ax user (probably dying), and Setsuna will have to stay in range in order to attack you, allowing you to mop her up on your next turn.

Start by clearing out the two breakable walls protecting the central area where Kagero (shuriken) and Sakura (staff) are hiding to provoke them into attacking. Neither of them hits particularly hard, so take them out first.

Once you do this, Hana (the sword user) and Subaki (the lance user) will attack from the right and from the top of the map. So send an ax user up north to deal with Subaki and a lancer or blue attacker to the east to deal with Hana.

If you didn't get a chance to attack Sakura, she'll move out to attack you as well, putting her well within range of a number of characters who can put an end to her healing and attacking.

Make sure the head of your team is a strong physical attacker, preferably a lance user or a swordsman if you want to have an Honorable Combat. The reason for this is that whoever's first on your team will be trapped in a separate room with Ryoma in a one-on-one fight, and they'll have to defeat him before they can escape.

Stick close to your starting point with the rest of your team, using the columns as your out-of-bounds markers. Move a blue attacker to the left to deal with Hinata and Saizo and a green attacker to the right to deal with Oboro and Kagero. Keep either a healer or colorless ranged attacker in between them to support against the two ninjas.

Don't drag out the fight with Ryoma too long. Then use the breakable walls on the top of the stage to come down the column that needs the most help once you're done with him. Other than that, you should be strong enough to outgun the Hoshidan nobles, and your time in the World of Birthright will come to an end — with Ryoma suitably chastened and thankful for your help. Up next, we meet Roy's dad in the World of Blazing. Please supply your own marijuana jokes because I am certainly not going to make them for you.