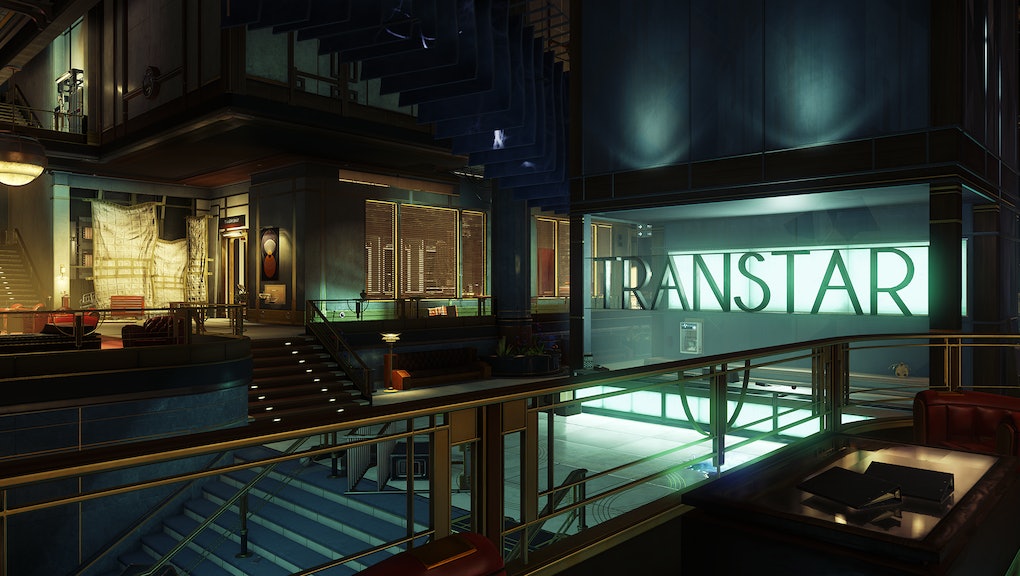 In last year's Dishonored 2, Arkane Studios proved once again that classic PC stealth games like Thief have a place in this day and age. Using supernatural powers to slink your way through thoughtfully designed steampunk environments and deal with enemies in any way you see fit was immensely satisfying in that game.

A different team within Arkane has been working on Prey, a first-person sci-fi adventure with many of the same creative philosophies as Dishonored. I got to play the first hour of the game at a press event last week and it's full of both promise and potential problems.

There's a chance you're reading this and thinking to yourself, "I already played Prey a decade ago!" That's technically correct. A game called Prey came out in 2006 and it (like this one) is about a human trying to escape from a space station full of hostile aliens. The originally-promised great looking sequel was eventually cancelled. So it was reasonable to think the series was dead before it ever really began.

This new Prey is a fully original game with no relation to the old one. Bethesda decided to call this game Prey because they owned the license and thought it was thematically appropriate, according to GameSpot.

Prey begins with protagonist Morgan Yu waking up in their apartment and preparing for their first day on the job at TranStar, a corporation that owns and operates the Talos I space station in 2032. A nice touch is that Morgan Yu can be a man or a woman with no changes to the gameplay, unlike Dishonored 2's dual protagonists.

After you meet your older brother Alex and do some goofy tutorials disguised as job training, things go bad quickly. Before long, you're stranded on a space station that's been overrun with the dangerous Typhon alien race. This is where Prey begins in earnest.

The most surprising thing about the chunk of Prey I played is just how much of a throwback it is to classic PC games like System Shock and Deus Ex. Within 30 minutes, I was bashing enemies with a wrench, putting upgrade points into my hacking ability and reading employee emails to find security codes for nearby doors.

The most surprising thing about the chunk of Prey I played is just how much of a throwback it is to classic PC games like System Shock and Deus Ex.

After the stylish and promising psychological sci-fi opening sequence, it was like stepping into shoes I'd worn many times before. I even unlocked a door using the code 0451. It's definitely one of these games. Considering Bioshock, the two recent Deus Ex games and both Dishonored games also borrow heavily from that era of first-person action games, it's understandable if you're feeling a little bit of fatigue.

If Prey manages to set itself apart from its inspiration and its contemporaries, it will be through its enemy design, some unique mechanics and a (potentially) gripping narrative. The Typhon aliens have a cool flickering black appearance, almost as if they're being pulled between two dimensions at once. The spider-like Mimics I encountered early on had the ability to hide in mundane objects like chairs and coffee mugs, meaning any empty room might not actually be empty.

Phantoms, on the other hand, are tall, humanoid jerks who patrol rooms and mumble to themselves using suspiciously human voices when they haven't detected you yet. Since ammo and medkits are scarce, I found it was easier to just sneak by them. The stealth mechanics don't seem nearly as robust as Dishonored 2, but you can upgrade your sneaking abilities if you so desire.

Unfortunately, the one thing that could genuinely set Prey's gameplay apart wasn't in the demo I played. At some point in the story, Morgan Yu gets access to Typhon powers. That means you'll be able to pull a Mimic and control a coffee mug or do other fun things with superpowers a la Dishonored. I wish I could tell you more about that part of the game, but alas, I've seen as much of it as you have.

As is, the beginning of Prey follows plenty of familiar beats. I spent a great deal of time looking for key cards to open doors and hacking turrets. At one point, I could choose to find a key card or circumvent the door by crawling through an air duct. You can horde items found in the environment and find recipes to craft new items. It's mysterious, tense and generally a good time, even if it feels like you've done it before.

Prey's story has a ton of potential. Without spoiling anything, I was immediately grabbed by the way the game sets up Morgan Yu's role in the plot. Think Groundhog Day, but science fiction.

The game is set in an alternate universe where John F. Kennedy was never assassinated, leading to an accelerated push into space exploration. Talos I was initially developed as a joint venture between the U.S. and the Soviet Union before eventually being taken over and fully realized by TranStar.

Since this process took several decades, different wings of the station can have radically different architectural styles. I saw some 1950s sci-fi looks as well as sleek, modern aesthetics. It can be a visually striking game at times.

The score is composed by Mick Gordon, the same man who made the transcendent DOOM soundtrack in 2016. Prey's creative director Raphael Colantonio said he wanted the music to sound like the movie Drive, and Gordon succeeded in that regard — based on what little I heard.

Prey has the potential to either be an engaging sci-fi adventure or a pale imitation of classic games of yore.

Prey has the potential to either be an engaging sci-fi adventure or a pale imitation of classic games of yore. Based on what I played, I'd say it leans more towards the former. We'll find out when the game launches on May 5 on PS4, Xbox One and PC.

Check out Mic for more news from the world of gaming, including an incredible Overwatch fan zine, the possibility of Skate 4, RBI Baseball's newest cover athlete and how to get started playing Fire Emblem Heroes.