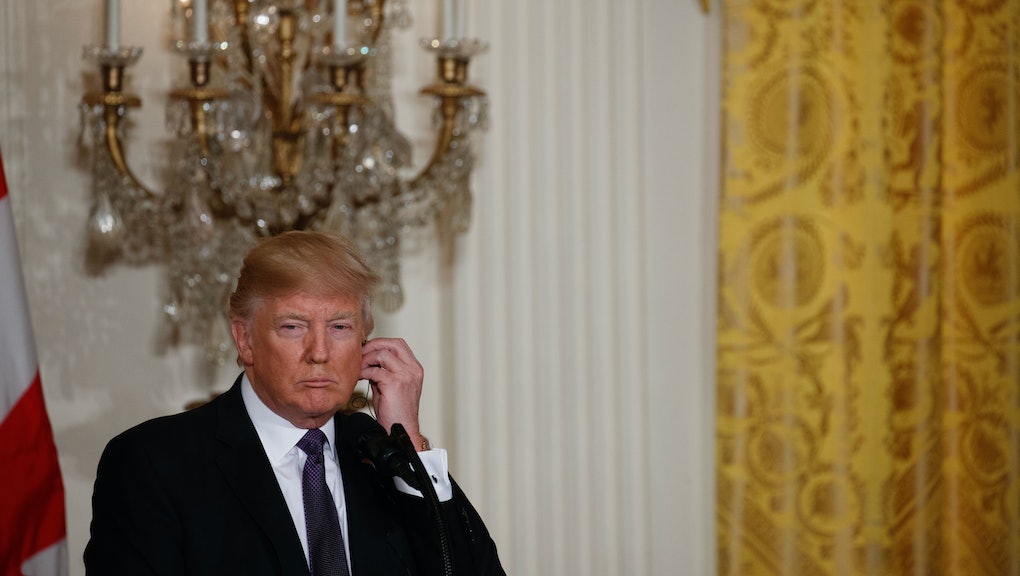 What Trump has done so far: 3 important takeaways from president's first month in office

It was about one month ago.

Twenty-six days ago, in fact, we watched Donald Trump take the oath of office, talk for 15 minutes about "American carnage" and become the 45th president of the United States.

If it seems like it has been much longer, that's because a lot has happened since then. He's greenlighted the Dakota Access and Keystone XL pipelines. He's enacted his promised Muslim ban and vowed to take the courts, er, to court when a panel of judges upheld an earlier stay against the ban. He's restored the "global gag rule" on abortion, killed the Trans-Pacific Partnership and pushed the Affordable Care Act to the brink.

And that's only a smattering of his actions during his first month as the leader of the free world, not even accounting for the controversial Cabinet he's assembled and his many bizarre Twitter feuds.

So what can we glean from this first month of Trump about what we're in store for from here on out?

Trump was serious on the campaign trail

All that talk about building walls and banning Muslims? Yeah, he wasn't just playing to the base to get elected. Though the U.S. will pay for his "great wall" until Mexico pays us back (yeah, right), Trump has moved quickly on many of the most incendiary of his campaign promises, including his xenophobic immigration ban.

Trump is going to keep being Trump

During the campaign, and especially after, many wondered if Trump would ever mature and become "more presidential."

But he will face opposition

Trump has been able to do some of what he wanted to do, but he has also faced significant legal challenges, opposition from his own party and widespread protests against him.

His administration has proven clumsy in many regards. The Muslim ban had a chaotic roll-out and is currently being blocked by the courts; Republicans still don't have a plan to replace the ACA; and his national security adviser has already resigned over compromising conversations he'd had with the Russian ambassador to the United States. In-fighting appears to be rampant inside the White House, and Trump reportedly is struggling to adapt to the enormity of his role.

All the while, he has been met with an awakened opposition that protested his immigration ban, outnumbered his inauguration crowd and promises an ongoing fight against his policies.