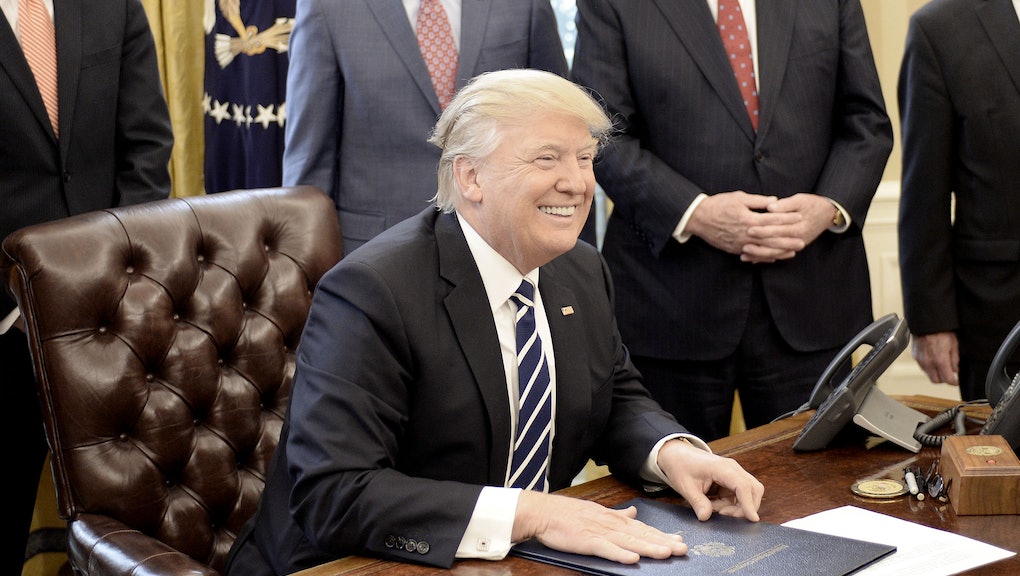 President Donald Trump went on a tear Wednesday morning about the leaks plaguing his administration, saying the release of classified information by government officials to journalists is the "real scandal" — rather than the information contained within the leaks.

"The real scandal here is that classified information is illegally given out by 'intelligence' like candy," Trump tweeted. "Very un-American!"

He posted something similar an hour earlier, comparing the alleged behavior of the U.S. intelligence community to that of Russia's.

"Information is being illegally given to the failing @nytimes & @washingtonpost by the intelligence community (NSA and FBI?)," Trump wrote. "Just like Russia."

Trump's crusade against leaks isn't exactly new — in response to the leak of a salacious unconfirmed dossier, the then-president-elect tweeted, "Are we living in Nazi Germany?" — but he has turned up the volume as of late.

However, it was only a few months ago Trump was all about leaks. In fact, he spent much of the presidential campaign lauding leaks and leakers, only changing course once they adversely impacted his own political future.

Throughout the campaign, Trump cheered the leaks that dogged Democrats, including the hacked emails of the Democratic National Committee and Hillary Clinton's campaign chairman John Podesta.

Most notably, he called on Russia to hack Clinton's emails and release them to the public.

"I will tell you this, Russia: If you're listening, I hope you're able to find the 30,000 emails that are missing," Trump said during a July news conference. "I think you will probably be rewarded mightily by our press."

"I love WikiLeaks!" Trump exclaimed, before going on to read hacked emails Wikileaks had published.

And in December 2016, when he was still denying Russia's role in election-related cyberattacks, he suggested the ends justified the means.

"Are we talking about the same cyberattack where it was revealed that head of the DNC illegally gave Hillary the questions to the debate?" Trump tweeted, referring to the leak of hacked DNC emails.

Now, though, Trump is frustrated with the leaked intel that led to the resignation of now-former national security adviser Mike Flynn, as well as the reveal that members of his presidential campaign were in contact with Russian spies. Some House Republicans, for their part, are following his lead: They've called for an investigation into who is leaking the information, rather than the potential scandals revealed by the substance of the leaks, according to CNN.

And that's the ironic part for a president who once applauded leaks.