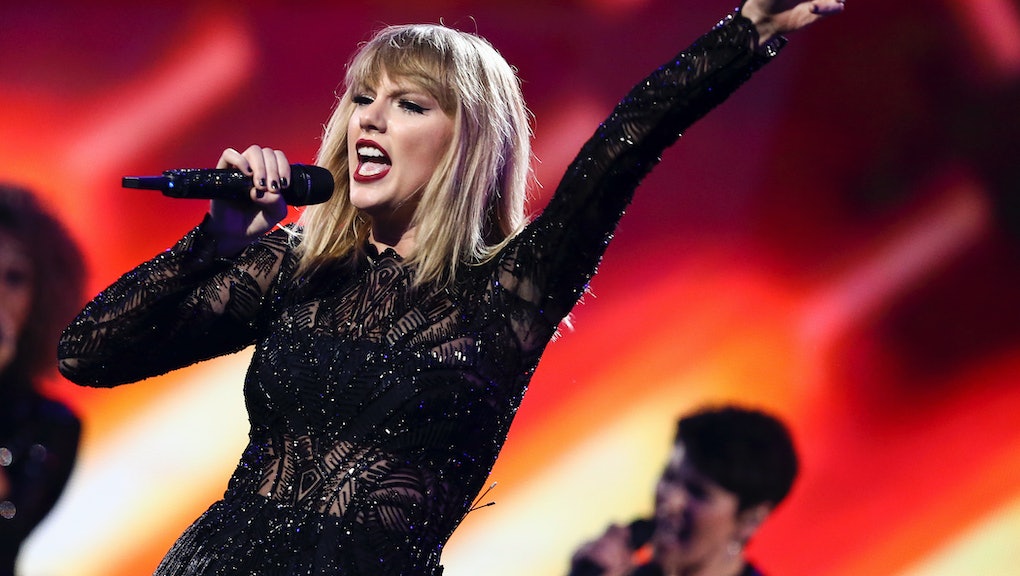 During the 2016 election, you would be hard-pressed to find two celebrities who took more radically different approaches to managing their public personas than Lena Dunham and Taylor Swift.

Dunham let all her politics hang out, advocating for Planned Parenthood and authoring videos praising Clinton's "sensual pantsuit." Her longtime bestie Swift, on the other hand, said nothing. However, in a new interview with Rolling Stone, Dunham defended Swift's decisions, saying "everyone has to do it their way."

"When I was lesser known, I was like, 'Who could not share their opinion?'" she said. "Then I found out that when you talk about politics, people straight up tweet you the floor plan of your house and say they're coming to your house. You have to fucking watch it because people are nuts."

"Who is Taylor Swift voting for?” was the top celebrity-related election search on election day. The only hint the world got that Swift even knew there was an election is the above tweet and its accompanying Instagram. Her silence stood at odds with the activism of many of her musical peers, such as Kesha, Madonna, Beyoncé, Nicki Minaj and Adele, who took vocal stands against Donald Trump's misogyny and racism.

Swift drew criticism from around the web because despite being one of the more vocal feminist advocates, explicitly tying her brand to the movement on several occasions, she chose to be silent in the face of one of the most staunchly anti-women candidates in history. Skeptics cited it as an another irresponsible example of the artist using feminism when it's convenient for her, instead of when the vulnerable needed support.

Dunham is willing to dismiss all of these contradictions in the name of Swift's personal safety. Considering that Swift has had several near run-ins with frenzied fans, it's not an unfounded fear. However, considering Swift's country background, she probably has far more red state country fans who would be mortally offended by her potential Trump criticism than someone like Beyoncé or Lady Gaga.

When the press cycle starts up for Swift's next album, questions about her 2016 election silence will likely be the first ones she'll have to face. Or maybe she'll just let her squad speak for her and remain tight-lipped forever.