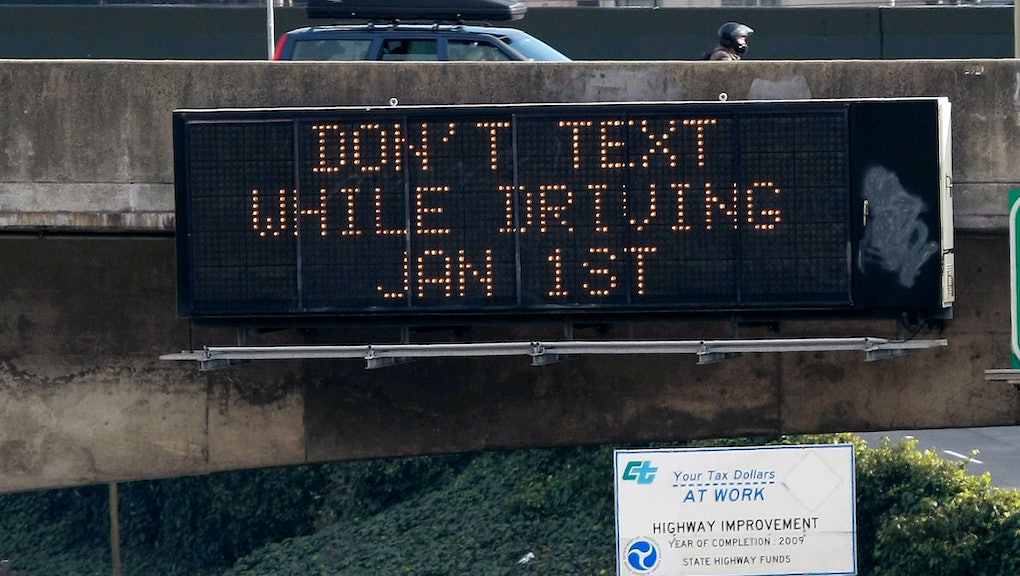 Teenagers get flack for being unsafe drivers, especially in regards to texting and driving. But a new survey finds millennials are actually more dangerous on the road.

A survey from the AAA Foundation for Traffic Safety gathered data from 2,511 licensed drivers from Aug. 25 to Sept. 6. The survey found 88% of drivers between the ages of 19 to 24 admitted to engaging in high-risk driving behaviors in the past month. These findings are especially pertinent considering traffic-related deaths increased more than 7% from 2014 to 2015.

What qualifies as risky behavior? Texting while driving, speeding and running red lights. Specifically, 59.3% of millennials surveyed admitted to typing or sending a text or email while driving — a much higher rate than other drivers (31.4%) — and were 1.6 times more likely than all drivers to have read a text message or email while driving.

Nearly half of the millennials acknowledged running a red light in a situation where they could have stopped safely and almost 12% reported it being OK to be 10 mph above the speed limit. In comparison, only 5% of other drivers thought a 10 mph deviation is acceptable.

“Alarmingly, some of the drivers ages 19 to 24 believe that their dangerous driving behavior is acceptable,” David Yang, executive director of AAA Foundation for Traffic Safety, said in a statement. "It's critical that these drivers understand the potentially deadly consequences of engaging in these types of behaviors and that they change their behavior and attitudes in order to reverse the growing number of fatalities on U.S. roads."