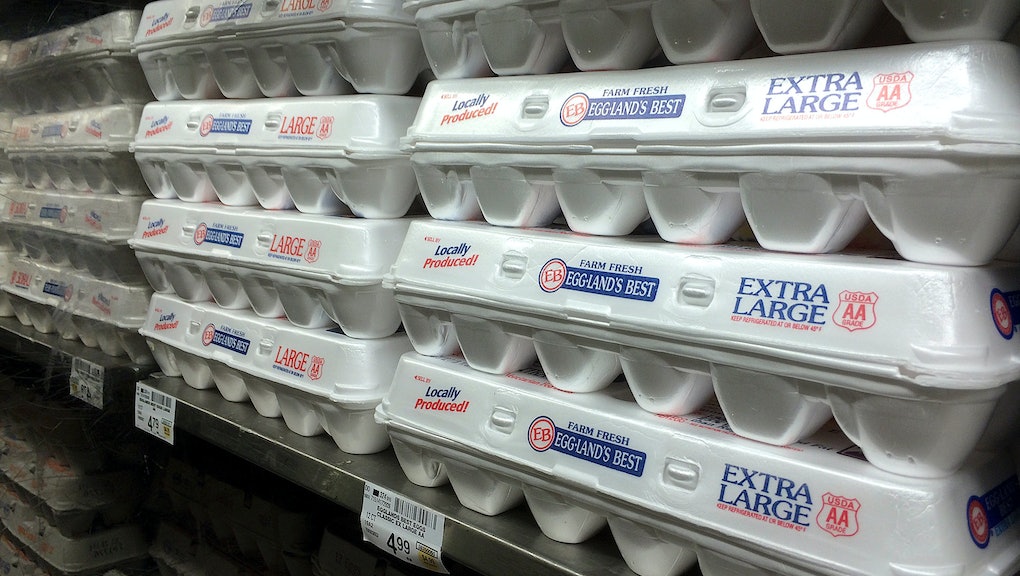 How can consumers keep food in their kitchens and away from landfills? One new industry initiative could help reduce the 398,000 tons of food Americans toss each year.

On Wednesday, two of the largest trade associations in the food industry announced that they would do away with "sell by" labels. They're going to standardize the food dates on labels as part of a voluntary initiative.

The Food Marketing Institute and the Grocery Manufacturers Association will begin phasing the two standardized freshness and quality labels immediately, with the goal of having every member company use them by summer 2018.

Currently, consumers are bombarded with confusing dates and labels on the food they purchase. Think: "best before," "better if used by," "expires on," "sell by" and "use by."

Food date labels often don't indicate whether food is still safe to eat — they're meant to indicate freshness, Mic previously reported. While these simple markings seem innocuous, confusion over when to throw food out costs Americans $29 billion each year, according to research conducted by ReFed.com.

Two standardized phases will hopefully change that. Here's the consistent vocabulary that the FMI and GMA encourage producers to use moving forward:

This label will reflect a "quality date."

This label will reflect a firm expiration date. Foods should be disposed of after this date.

Consistent language will save Americans billions

Standardizing food date labels could save consumers around $2 billion each year, Dana Gunders, senior scientist at the Natural Resources Defense Council and author of Waste-Free Kitchen Handbook, said in an email. This is a conservative estimate, she said, explaining it comes by way of ReFeD, who based their estimates about consumer behavior on a study about how changing the washing instructions on the labels in blue jeans changed consumer behavior.

Essentially, Gunders said the research shows that standardizing labels would recoup only 5% to 10% of the $29 billion that gets wasted because of label confusion.

But this is still a win. The industry initiative is an important first step in cutting down on food waste in the U.S., Emily Broad Leib, director of the Harvard Food Law and Policy Clinic, said in a phone interview.

"I’m really excited about it," Broad Leib said. "We’ve been working on this issue for a really long time," she said, explaining she was pleased that players in the food industry had come to a consensus on standardized language.

Broad Leib said she's hopeful that the government will set national standards for food date labels in the future. Even though there's a "deregulatory sentiment in federal government," legislation on food date labels "could be bipartisan," she said.

Having consistent vocabulary and regulated language would actually require less work on the part of businesses because they wouldn't have to comply with different rules in different states, Broad Leib pointed out.

In the meantime, both Broad Leib and Gunders said consumer education is key.

"I think the main challenge will be reaching consumers and overcoming any lingering fear they may have around eating food past its date," Gunders said. She recommended that people begin by eating food one or two days past their expiration dates. (This is safe! Food products whose date label has passed are safe to eat until food develops an "off odor, flavor or texture," the USDA wrote on its site.)

"The end goal isn’t to have something on the package, it's that consumers make better decisions" Broad Leib noted. "For people interested in this, that’s the next step."