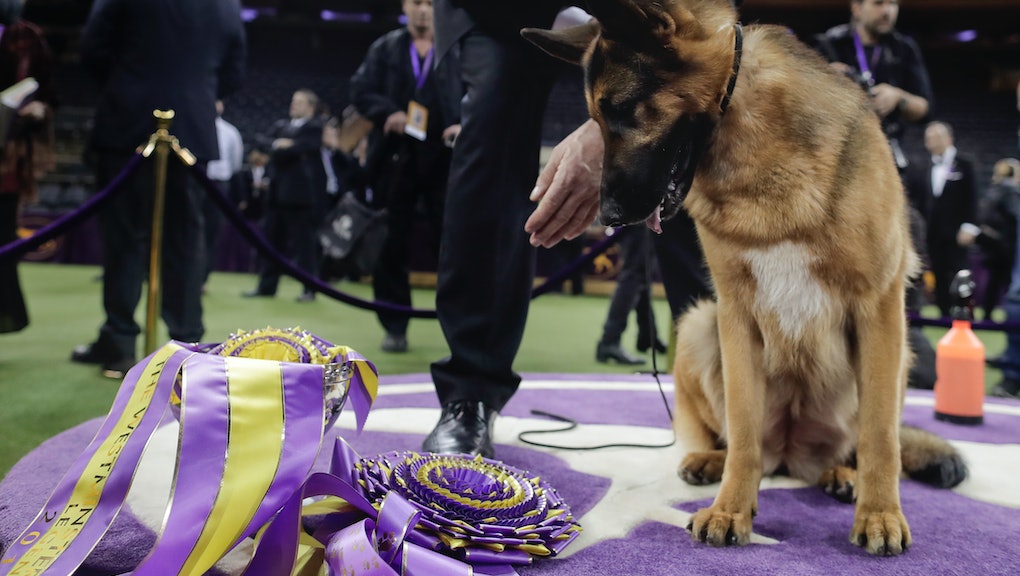 Westminster Dog Show: Meet the winner and finalists for best in show

Every year, thousands of dogs and their breeders travel to New York City in hopes of winning Westminster's championship title or other awards for excellence in showmanship. Take a look a look at the full list of dog finalists that competed for the Westminster Kennel Club's best in show 2017.

Adrian, also known as Vermilion's Sea Breeze, was given reserve best in show.

Duffy, a Norwegian Elkhound and hound group winner, was a finalist for best in show.

Miniature poodle Aftin competed as a finalist and was the non-sporting group winner.

Chuckie took the competition's toy group award and also looked to impress judges for the best in show championship.

Norwich terrier Tanner was the terrier group's top dog and progressed to the best in show championship.