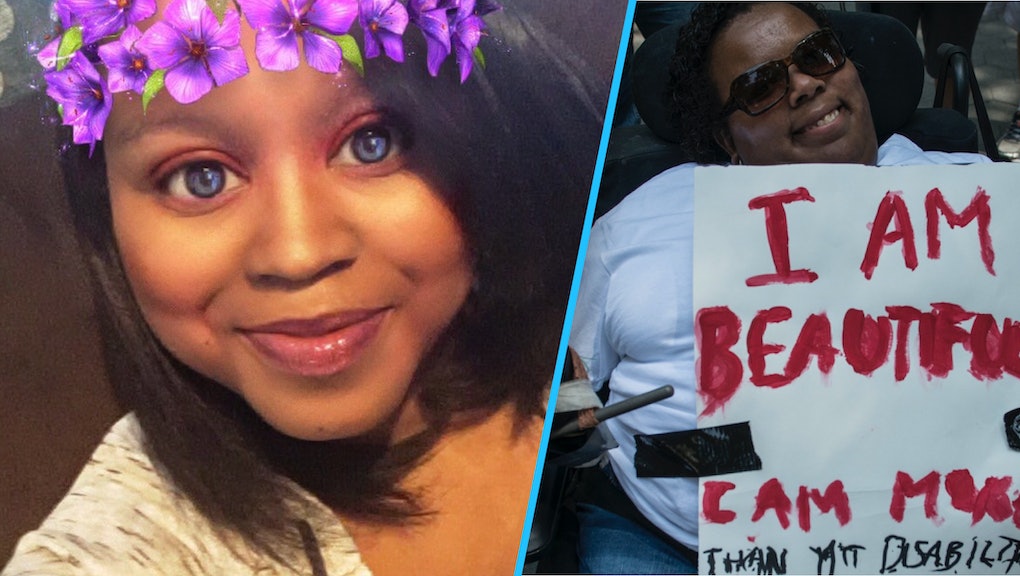 #DisabledAndCute perfectly pushes back on myths about disability

On Sunday night, journalist Keah Brown decided to share a few snaps of herself with the world for one simple reason: She felt cute.

Brown, who is living with a disability, shared the photos of herself and shouted out her sisters, brothers and nonbinary folks living with disabilities. She added the hashtag #DisabledAndCute to her tweet. By Tuesday, the hashtag had gone viral.

"I wanted to celebrate the community and myself," Brown said in a direct message to Mic. "I'd spent so long hating myself and my body that cute wasn't even in my vocabulary for myself.

"I think I just got tired of berating myself and tearing down the body that works hard to keep me alive. I got tired of making myself feel like shit day in and day out."

Over the next few days, Twitter users living with disabilities joined in on the hashtag and turned the social media platform into a space for celebrating all bodies.

Brown was surprised by how quickly the hashtag caught on. She said the feedback has been "overwhelmingly positive."

Brown did mention that some people were upset she used the word "cute," given that many people with disabilities are often called "cute" in an infantilizing way by able-bodied people.

"I wanted to take it upon myself to reclaim the word and allow myself the space to use it because I don't feel sexy or fine yet, I feel cute and I think that's enough," she said.

Brown hopes her hashtag will help able-bodied people see beyond a person's disabilities.

"We deserve respect, not pity and not jokes," Brown said. "I want them to understand that all that we are is enough."