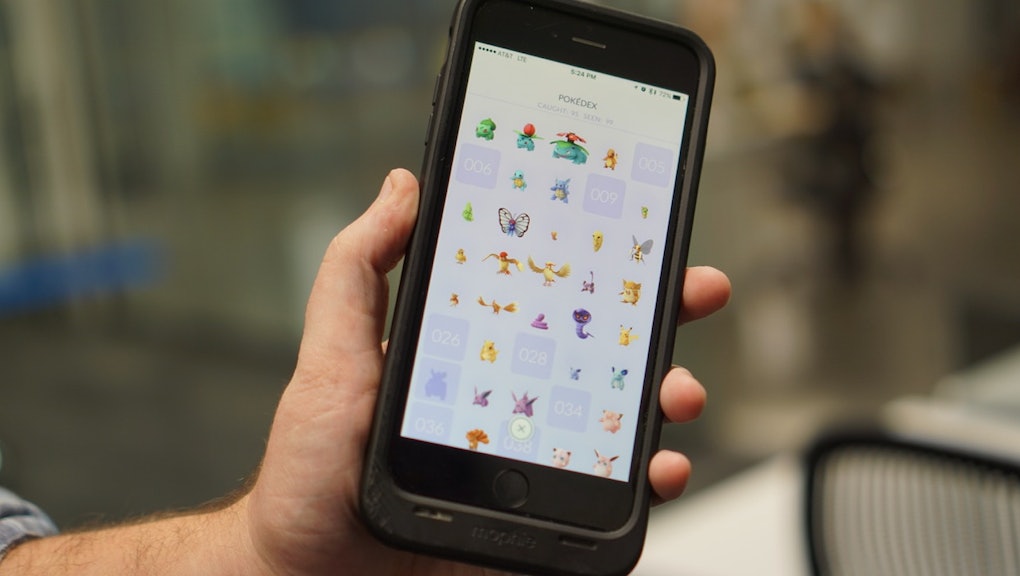 Pokémon tracking has been a thorn in the side of Pokémon Go players since day one. Figuring out how to catch rare Pokémon and fill out your Pokedex is bad enough without having official tools to help you along the way.

Luckily, the Pokémon Go fan community has put together some tools you can use to track Pokémon. There are also local Pokémon Go communities and online research groups you can use to help track down the rare Pokémon you're looking for. It is possible to catch 'em all if you know how to look properly.

How to find and catch every rare Pokémon in Pokémon Go: Step one — check the Global Nest Atlas

Nests in Pokémon Go are areas where a specific species of Pokémon spawns reliably. Some nests may spawn one Pokémon at a given interval. Other nests can spawn multiple Pokémon at seemingly random times.

The Silph Road is one of the best Pokémon Go fan communities on the web. Silph Road community members working collectively under the moniker "Silph Research Group" have put together a tool that can track nests locations called the Global Nest Atlas.

Facebook may be your next, most potent weapons in finding the Pokémon you're looking for. Find a group dedicated to playing Pokémon Go in your area. Pay attention to players' Pokémon sighting reports. Then check that information against the Global Nest Atlas, by way of trying to confirm the report.

Player reports outside of an organized system of reports and confirmations, like you see on the Global Nest Atlas, require even more suspicion than Atlas reports. Still, where there's smoke, there's fire. If you hear a bunch of different players talking about a place where Snorlax spawn, you might want to check it out.

How to find and catch every rare Pokémon in Pokémon Go: Step three — Learn about biomes

If the Nest Atlas and local reports aren't helping then you may need to start thinking about making a Pokémon hunting trip. Your biome is your local environment, which could mean a forest, a river, grasslands, mountains or a city. Biomes have an effect on which Pokémon spawn in that area.

Pokémon Go players still aren't entirely sure how biomes work, however, and a little digging on the Silph Road subreddit will turn up more questions than answers. Data mining has also uncovered code that relates to biomes, but players are still theorizing about exactly how biomes are determined in the game. The community is also still trying to come up with concrete list of which Pokémon spawn in which biome.

That said, researching which Pokémon are believed to spawn in which biome can still be useful in tracking down a specific species. Especially, if you have nothing else to go on.

How to find and catch every rare Pokémon in Pokémon Go: Step four — Know how to catch Pokémon when you find them

Finding a Pokémon nest doesn't mean anything if you can't actually catch the Pokémon once you find it. You need to get good at throwing Poké Balls and know how to use your gear properly. This is particularly important when you reach the higher trainer levels, which makes higher-CP Pokémon spawn more frequently. They also become increasingly difficult to catch, on average.

Saving your Ultra Balls, Great Balls and Razz Berries for difficult catches is generally a good idea. If you want to assess how difficult the catch is going to be, don't look at the Pokémon's CP. Instead, hold your finger on your Poké Ball but don't throw it. You'll see a colored circle appear around the Pokémon.

Red is extremely difficult, orange is difficult, yellow is challenging and green is easy. As you switch up to higher-quality Poké Balls or use a Razz Berry, you will see the color of the circle change to indicate that the catch just got easier.

Saving your best gear for your most difficult catches is a good idea, but can also become a trap. Don't be stingy about using your gear when you find a Pokémon you really want. Go straight to the Ultra Balls and use a Razz Berry immediately. Otherwise, try switching your Poké Ball type and seeing how much the color of the circle changes.

That color is only the roughest measure of your odds, but if you don't see the color of the circle changing as you select higher-quality Poké Balls you might be better off sticking with a regular Poké Ball and trying to make the catch that way.

You will also notice that the circle starts large and grows smaller in a continuous cycle. You want to aim for the center of that colored circle. The smaller the circle is when you land a Poké Ball within the circle, the greater your chances of catching the Pokémon as well.

When you see the messages "Nice!," "Great!" or "Excellent," it means that you hit the center of that colored circle. An "Excellent" shot hit a smaller circle than a "Great" shot, which was a smaller circle than a "Nice" shot. If you want the absolute best odds of catching a Pokémon, make sure that you are not only using the best Poké Ball and a Razz Berry while throwing a curve ball, but also let that circle shrink as small as it can with your still being able to hit it.